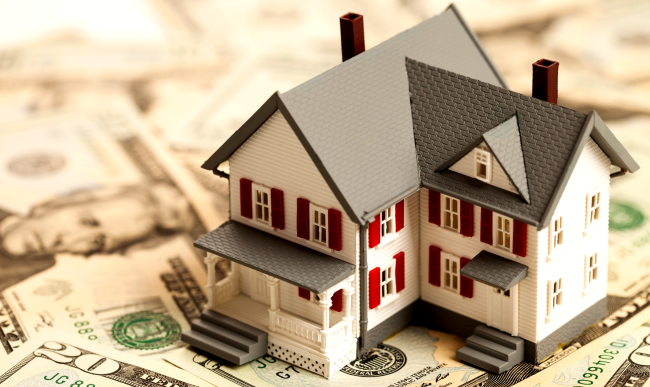 In 2019, 91 of the 100 most expensive zip codes to purchase a house in the United States were once again located in that same state.

That state is California.

Not only that, for the fifth year in a row, Atherton, California’s 94027 zip code is the number one most expensive zip code in the country with a median home sale price of $7.5 million. 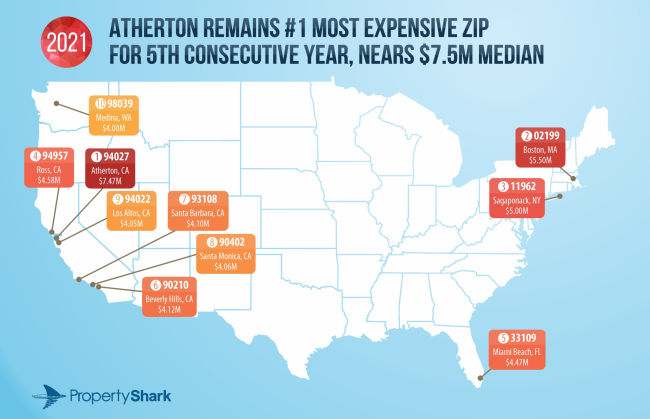 This, according to real estate database PropertyShark who just released the results of their annual study of all residential transactions closed between January 1, 2021, and October 22, 2021.

Also, just like in previous years, the 100 priciest zip codes to buy a home are concentrated in just a handful of states.

Following California on the list are New York with 17, Massachusetts with 7, Connecticut with 4, New Jersey with 3, Nevada and Washington with 2, and Arizona, Florida, and Maryland with 1 zip code apiece. (Due to several ties, the rankings include a total of 127 zip codes.)

The study also revealed numerous other astounding facts about real estate in American in 2021.

• The Bay Area claims 47 of nation’s most exclusive zip codes.

• San Francisco had the highest concentration of expensive zip codes of any city, ranking seven among the top 100.

• The sharpest price gain was claimed by the 21056 zip code in Maryland’s Gibson Island, which nearly doubled its median sale price.

• Boston’s 02199 zip code moved up to number two on the list of most expensive zip codes nationwide with a $5.5 million median sale price. 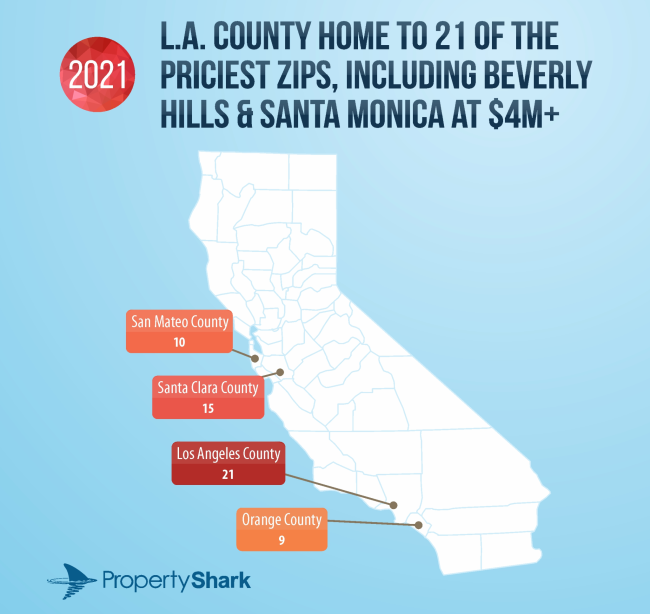 View the results of the entire study over at PropertyShark.com.