This $13 Million Mansion Has Its Own Island + Helipad And I’m Not Jealous At All, You Are 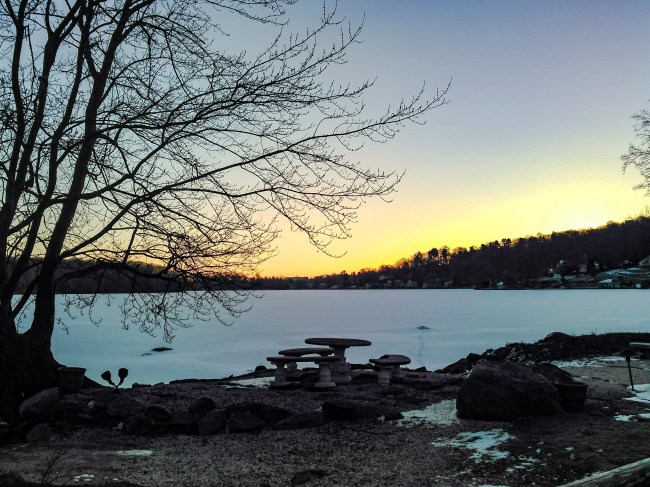 This Frank Lloyd Wright-inspired home is just a hop, skip, and a jump from the bright lights of Manhattan. After a cool 15-minute helicopter ride away from the city you’ll land at the private helipad, on the private island, and enter one of the most absurd homes I’ve ever seen.

The $13 million mansion is located on Lake Mahopac, New York which is due north of the city, kind of near West Point but on the city side of the Hudson near Cold Spring and Peekskill. The mansion is actually located on its own private island within Lake Mahopac which is some of the most baller shit I’ve ever heard of in the greater NYC area.

If you’ve ever lived, spent time in, or driven around places like Greenwich, Connecticut or The Hamptons then you already know how much wealth there is surrounding NYC. Hedge fund money, old money, it’s all there.

This mansion actually has a separate cottage that was built by Frank Lloyd Wright himself. I cannot even begin to fathom someone living on this house in the Winter when that lake freezes over and the place is cold as all hell but I have to assume someone who owns a $13 million private island home outside of the City also owns a place in Florida or California for the Winter.

This place kind of feels like you’d be living in an architecture museum, but a really awesome one. The nature elements throughout are badass, and I’m digging how the house was built from that one room out.

The rock elements of the house make it one of the cozier places I’ve ever seen. I feel like it would only take 15 minutes in this house before your stress levels were chopped in half. I’m also loving that expansive bent-dinner table. We don’t eat enough meals at oddly-shaped tables and this should be fixed. It’s 2019, dammit.