Take A Look Inside This $18,000,000 Underground Doomsday Bunker In Las Vegas 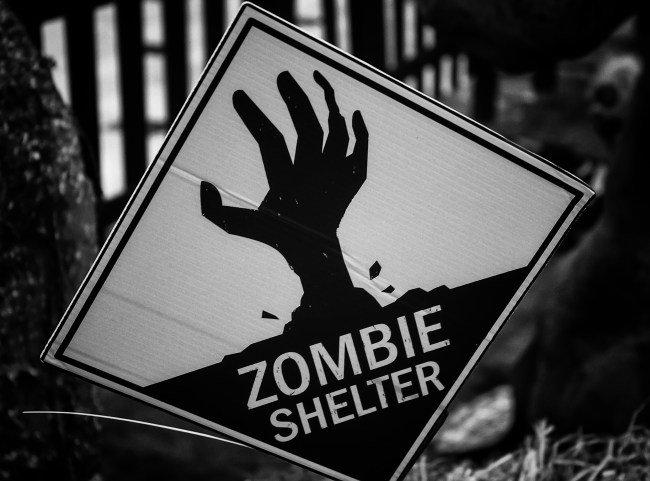 Just a few miles off the Las Vegas Strip you’ll find 3970 Spencer St. It doesn’t exactly look normal from the outside but if you were passing by you might not think twice about it because what you see from the outside is a house that looks normal and some peculiar lawn structures.

It’s actually one of the most expensive residential properties in the area. For a cool $18,000,000, you can be the proud owner of this 1970s Cold War Era doomsday bunker with 5 bedrooms and 6 bathrooms. It measures 2,316 square feet and has a 4-hole putting course and a swimming pool.

I guess if you have $18 million to splurge on this you have a few extra million laying around for the desperately needed cosmetic enhancements. This place looks like it was forgotten in the 1970s but that’s also what I find the most intriguing about it. The decor reminds me of cheap/dated museums in Florida that we’d visit on school field trips back in elementary school. It’s bad. But the structure itself is impenetrable.

The YouTube team behind ‘What’s Inside’ got together with AMC for the launch of The Walking Dead: World Beyond and they secured access to this underground doomsday bunker that would be an idyllic (albeit creepy) safehaven in the event of a zombie apocalypse in Las Vegas. The tour is relatively long on YouTube, about 18 minutes, so feel free to watch it at 2x speed and jump around as you see fit.

The Zillow listing for 3970 Spencer St., Las Vegas confirms the property price at $18,000,000 which would translate to an estimated monthly mortgage payment of a cool $82,833. No big deal. The pictures on Zillow are wild.

This is how I remember ‘old people’s houses’ from when I was a little kid and just barely developing memory. The decor in there seems like it was old the day it was installed. But it’s not really all about the looks, is it? It’s about surviving a doomsday scenario in the heart of Las Vegas.

With that in mind, there are too many ways to count that you could improve this place. Replace the weird painted rainforest/scenery walls with digital screens. Swap out all of the pinks and blues for natural colors. Get in some replacement for that creepy grass flooring.

This is exactly how I imagine the setting for Wandavision after seeing the trailer drop yesterday. If you haven’t watched that trailer yet, check it out!