Take A Look At The Amazing 30-Acre Lakefront Vacation Retreat Alex Trebek Is Selling For $1.4 Million 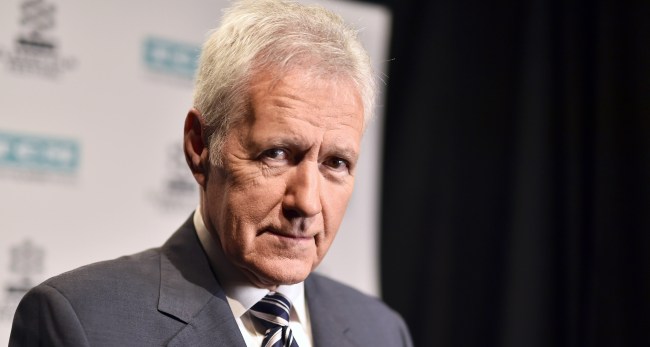 Jeopardy host Alex Trebek has had a rough couple of months since his announcement that he was diagnosed with pancreatic cancer.

The 78-year-old spoke to Good Morning America on Wednesday and revealed that the past two months have been a struggle, but did express hope, saying, “Hopefully everything is going to turn out well, and I’ll be back on the air with original programming come this September.”

In the meantime, Trebek is looking to unload his vacation house on Lake Nacimiento in Paso Robles, Calif. that sits on 30 very scenic acres in Central Coast wine country.

He’s even reduced the price from $1,595,000 to $1,399,000 and will be throwing in tons of extras including all of the furniture, all of the tools in the 1,500-square-foot metal outbuilding, a pair of Ski-Doo snowmobiles, and a pair of quad motor vehicles.

The retreat’s description on Realtor.com states, “It will be hard to beat this lakefront listing.” They’re not lying.

The house, first put on the market in 2017, is 2,595-square-feet, is naturally illuminated with skylights and clerestory windows, and comes with three bedrooms, two bathrooms, a private ramp into the lake, and a covered dock.

Take a virtual tour of the property below…