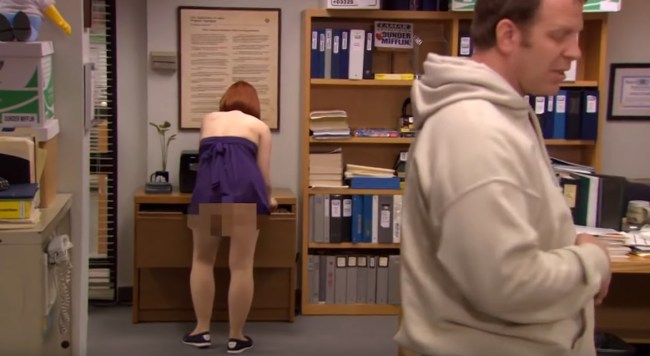 As Seinfeld proved on many occasions during its run, naked is always funny.

That is a lesson in comedy that the superb writers of The Office understand with razor-sharp clarity.

Proof of that is found in this new compilation NBC threw together over the weekend which features the numerous times that someone being naked on The Office resulted in comedy gold.

No one was safe from being exposed on the show. Phyllis got flashed, Pam walked in on Michael, and got flashed by him, Ryan enjoyed it with his photography, and Meredith pretty much didn’t give AF affecting almost everyone. God love her.