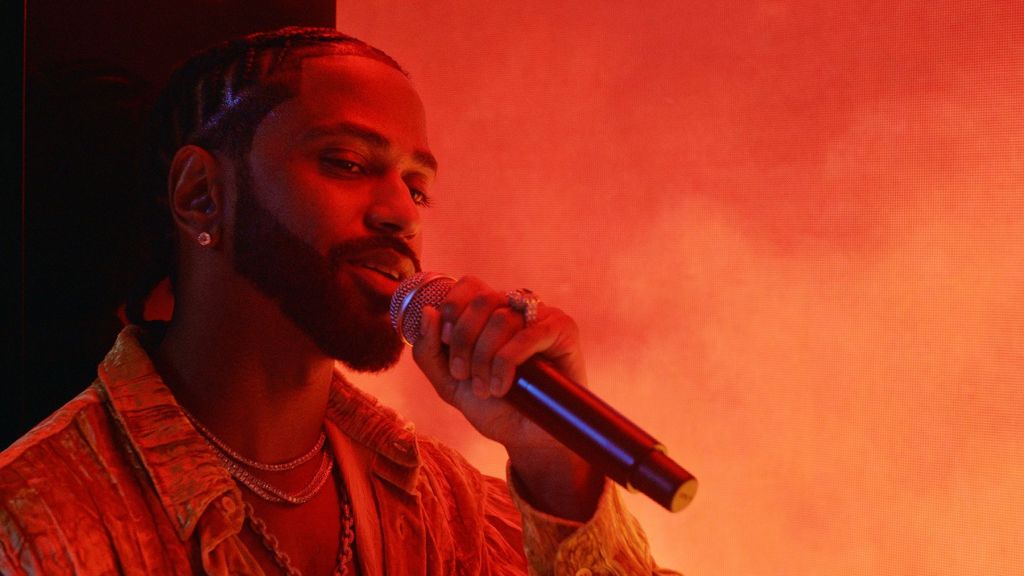 I try my hardest to not get jealous over celebrity mansions but this Beverly Hills pad owned by rapper Big Sean is truly spectacular.

This bonafide celebrity mansion was once owned by Guns N’ Roses guitarist Slash. Big Sean purchased it about four years ago and immediately underwent a massive remodeling project. He did keep the underground nightclub built by Slash and the skull light fixtures intact though.

Big Sean has an estimated net worth of $26 million according to Celebrity Net Worth which is the de facto authority on that stuff. I’ve often found websites that estimate the net worth of athletes and celebrities grossly underestimate their personal wealth. And I’d suspect that Big Sean has a lot more cash floating around than that number suggest.

Here he opened his doors for Architectural Digest for a tour of his fully remodeled mansion after a 4-year project to make it his own.

I can’t help but respect that this dude has a private nightclub in his mansion but still doesn’t let people wear shoes in his house. He can wear shoes. He knows his shoes are clean enough. But not guests. This leads me to believe there’s possibly a hierarchy of guests who can wear shoes. I bet Kanye and Chris Brown get to wear shoes in Big Sean’s house but I’d have to walk in there with plastic bags on my socks.

The celebrity real estate game in California is out of this world these days. Director JJ Abrams is selling this Palisades mansion for $22 million. And this home formerly owned by Richard Nixon is selling for a whopping $65 million.

My house is nice. I won’t get into specifics but it’s better than the average. And I still think he spent more on remodeling and interior decorating than my entire home cost and I’ve got a waterfall in my pool! This mansion is just unreal.