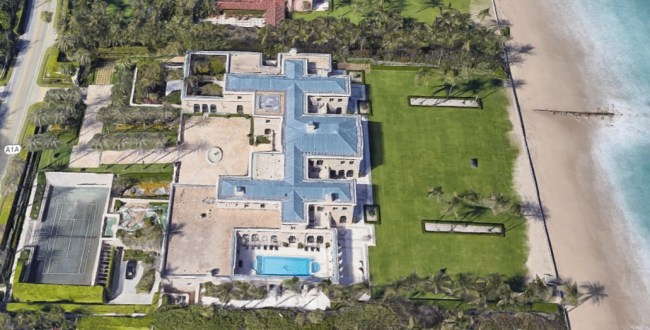 There are many well-known celebrities who own property in Palm Beach, Florida, including Jimmy Buffet, Bill Gates, Tiger Woods, Howard Stern, Rod Stewart, and President Donald Trump. But none of them have paid as much for their mansions as this billionaire hedge fund manager is about to.

New York billionaire Steven Schonfeld is set to buy a magnificent oceanfront property for nearly $200 million according to the New York Post. The six-acre property in Palm Beach sits on the beach, but also has access to the Intracoastal Waterway.

The property on 1415 S. Ocean Boulevard, known as “Billionaires Row,” is in close proximity to President Trump’s Mar-a-Lago estate, about a half of a mile south. Since July, the area has seen other massive real estate transactions of one property selling for $99 million and another that sold for $105 million, breaking the record for most expensive real estate sold in Palm Beach.

Schonfeld is purchasing the immaculate real estate from beauty-products mogul Sydell Miller, the co-founder of Matrix Essentials. The price is said to be “nearly $200 million,” which would break records and make it the most expensive property ever sold on the island. The deal is expected to be finalized by the end of the year. The incredibly extravagant sale was facilitated by brokers Lawrence Moens of Lawrence A. Moens Associates and Christian J. Angle of Christian Angle Real Estate.

Schonfeld of Schonfeld Strategic Advisors and the Schonfeld Trading Group was listed as the world’s 937th-richest man by Forbes in 2010 with a $1 billion net worth. In 2018, Forbes named Schonfeld as the 18th-highest hedge fund manager in the world and was said to have made $130 million in 2018.

The 60-year-old Schonfeld already owns a $90 million mansion in Old Westbury, Long Island, which has its own personal chef and a private nine-hole golf course.