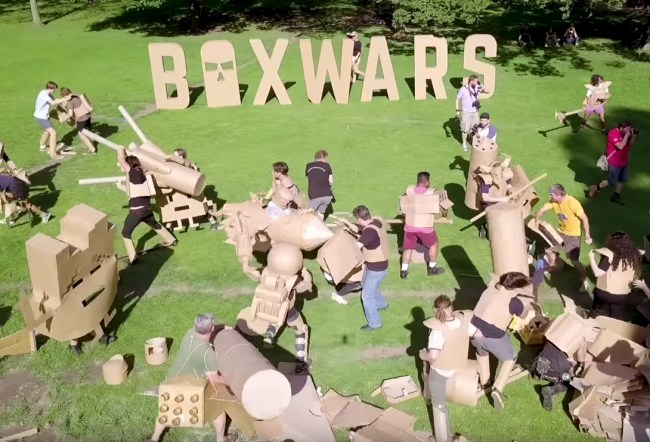 Admit it – you sometimes make weapons out of cardboard tubes. The toilet paper tubes are too small but make do make good megaphones. I’m talking about the cardboard tubes that come from wrapping paper.

If you’re into weapons of least destruction and have a ton of cardboard laying around after the holidays, you might want to consider getting in on the next Boxwars.

Check out this feature from Great Big Story:

Welcome to Boxwars, the bizarre medieval-inspired sport that’s given adults the chance to play. Participants get together to create a full range of battle gear using nothing but reclaimed cardboard and packing supplies. Originally devised by a small group of friends over drinks, Boxwars has grown to become a global phenomenon, with teams across Europe, Australia, the United States and Japan.

Ready for combat? Grab some cardboard, tape and hot glue for a battle of epic proportions.