‘The Brady Bunch’ House Is For Sale For The First Time In 50 Years, But You Might Not Recognize It 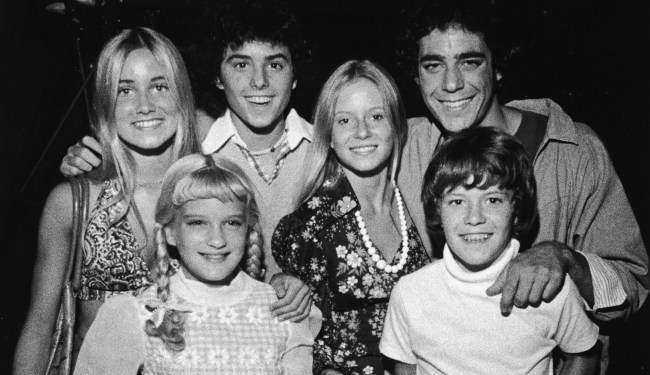 The Brady Bunch house at 11222 Dilling St, North Hollywood, California, 91602, just went up for sale for the first time in 50 years and it looks quite a bit different now, especially on the inside where it’s almost unrecognizable, than it did back on the classic 1970s TV show. It has been 44 years since the show went off the air after all.

The iconic 2,477-square-foot home built in 1959 that once housed a lovely lady, a man named Brady, their six kids and a housekeeper, just hit the market with an asking price of $1.885 million. And while that may seem like a lot for a house of that size, can you really put a price tag on being able to say you live in The Brady Bunch house? I think not.

Check out this description from Zillow…

“The beloved television home of The Brady Bunch has come to market after almost 50 years. This iconic residence is reportedly the second most photographed home in the United States after the White House.”

• Featuring perfectly-preserved 1970’s decor, it boasts one of the largest lots in the neighborhood — over 12,500 sq. ft.

No, really, it actually has a real, grass backyard, unlike the fake turf on the TV show.

• Located on a quiet residential block, property also borders the Los Angeles River, which is a unique street-to-river orientation.

Hmmm, I never saw any of the kids down by the river.

• Living space quote may not include garage conversion/expansion of downstairs. Family room added after original construction. Two master suites, one up/one down plus generous entertaining spaces that flow uniformly from one to the next and to the outdoors.

Did Greg ask for the garage conversion? Because we know he wanted his own space. And since when are there TWO master suites? Did Alice get the other one?

I am confused though. The listing says the house only has two bedrooms, but three bathrooms. Where did the kids sleep? And did Alice have her own bathroom? Lord knows, the six kids sharing one bathroom could not have been a good situation.

Eh, whatever, for around $7,599 a month in mortgage payments this house is a steal.

Then again, word on the street is that developers who are taking a look it might just tear it down. That can’t happen, right?

The Brady Bunch house is for sale. Its broker expects an 'avalanche' — of lookers, at least https://t.co/CYgVzav9Lg pic.twitter.com/1KSkxE5vU8

‘Brady Bunch’ House For Sale – But May Be Torn Down https://t.co/Z49FW5LsaL pic.twitter.com/ho3I4RyrLQ