Offset And Cardi B Bought A 22,500 Square Foot Atlanta Mansion And It Looks Like A Straight-Up Palace 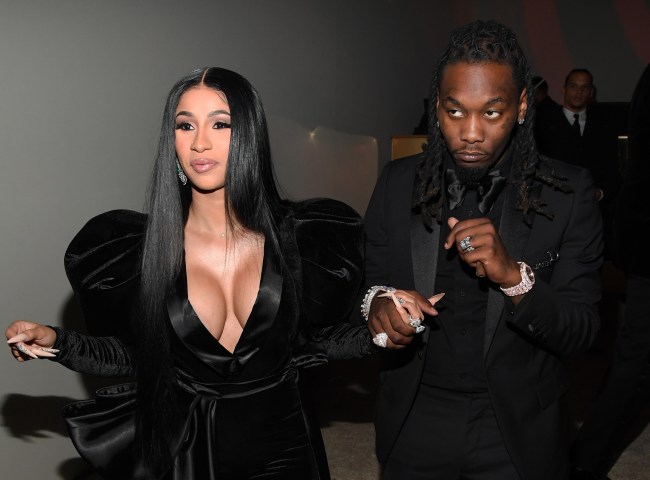 Christmas came early for rappers Offset and Cardi B this year. The duo bought a massive 22,500 square foot mansion in Atlanta just days before Christmas and the place looks straight out of Lifestyles of the Rich and Famous with Robin Leach.

The massive Atlanta mansion sits on a sprawling 6-acre estate which is kind of hard for me to wrap my mind around, how there’s that much space anywhere in the greater Atlanta area, but MY GOD it must be nice to have that much land near the city.

Cardi B took to Instagram to show off their new digs which according to TMZ has a gun range with steel walls, a wine cellar so large it ‘could service a restaurant’, a bonafide ‘man cave’ for Offset, a sick pool with two water features and an outdoor fireplace just to the side, and everything else you’d expect to find in a mansion that was listed for $5.75 million.

This house legitimately looks like it was created to be used in movies as a house where rich people live. If you were to sit down with a sketch artist to mock up a ‘rich person house’ then the facade you’d come up with would look exactly like this.

They’ve just got so much damn space. It’s incredible.

Here’s the realtor’s clip of this house from back when it was listed in April of this year.

According to another post on Christmas, it appears as if Cardi B was gifted a new Maybach and a Chanel bag for Christmas which I guess satisfies my curiosity of what the hell you buy a wealthy multi-millionaire who just purchased a sprawling new mansion.

I don’t know when or how this happened but Cardi B has 56.6 MILLION followers on Instagram. I’ll admit that she’s pretty entertaining but that’s enough people to make up like 1/6 the population of America. All of them tuning in to see what he hell she’s doing every day. I don’t know if it’s because I’m a little hungover from Christmas but those numbers are blowing my mind right now.