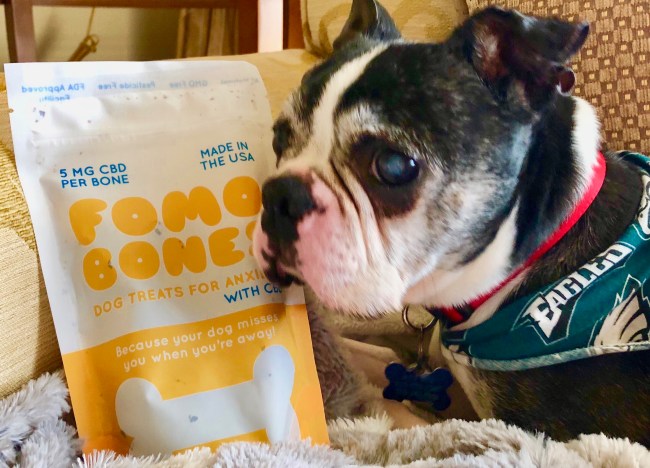 I have an unpopular opinion: We don’t deserve dogs. They’re too perfect as animals, loving and protecting us with conditional affection. While people disappoint, dogs rarely do.

I’m going to tell you about a dog friend of mine and how FOMO Bones CBD dog treats have helped him find some chill. Red Sox is a little Boston Terrier that knows how to hang. He was born in a puppy mill as a stud dog, in awful, inhumane conditions. He spent his puppy years in a cage, unable to walk up stairs for lack of not knowing how after being adopted. It’s believed he was “around the age of three” when he was rescued and adopted by my girlfriend’s family – though no one really knows how old he is. 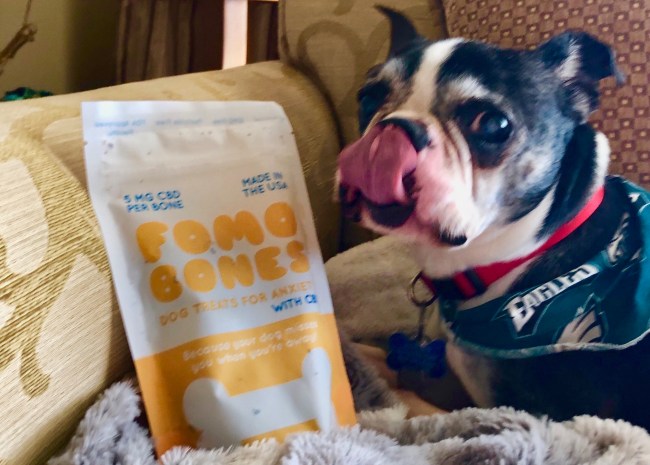 Spending his first years in a shelter has made him extremely clingy. Like, the Stage 5 clinger of dogs. He needs constant attention in a way that goes beyond the way most dogs need attention: When someone’s cooking, cleaning, doing laundry, watching TV… heck, even typing away at this blog post. He just wants to be petted and held as much as possible. All. The. Time. Truly needs more more attention than your friend’s clingy ex or that friend that won’t stop blowing you up to go out when you just want to stay in and watch TV.

He loves everyone and warms up to strangers well. But FOMO Bones have taken his overall sense of chill to the next-level. All-natural, hemp-based CBD doesn’t have any psychoactive effects and it’s completely legal, so he didn’t get “high” or anything like that. He just… chilled out. When he ate one bone, with 5mg of CBD, he went out to lunch and was a 14/10 very good boy. Order FOMO Bones using the code BROPUPS for 10% off!

His behavior exceeded the norm. Check him out, just hangin’. 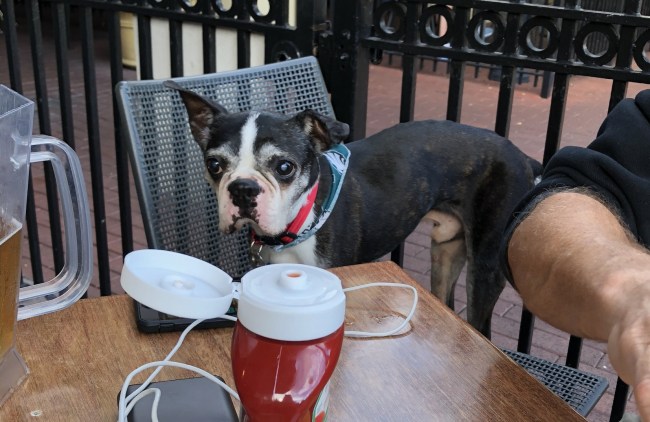 Incredibly, while at lunch, he even decided it was time for Red Sox to sneak a nap. And then he came back and napped some more. You could say FOMO Bones did wonders for helping Red Sox deal with his separation anxiety. 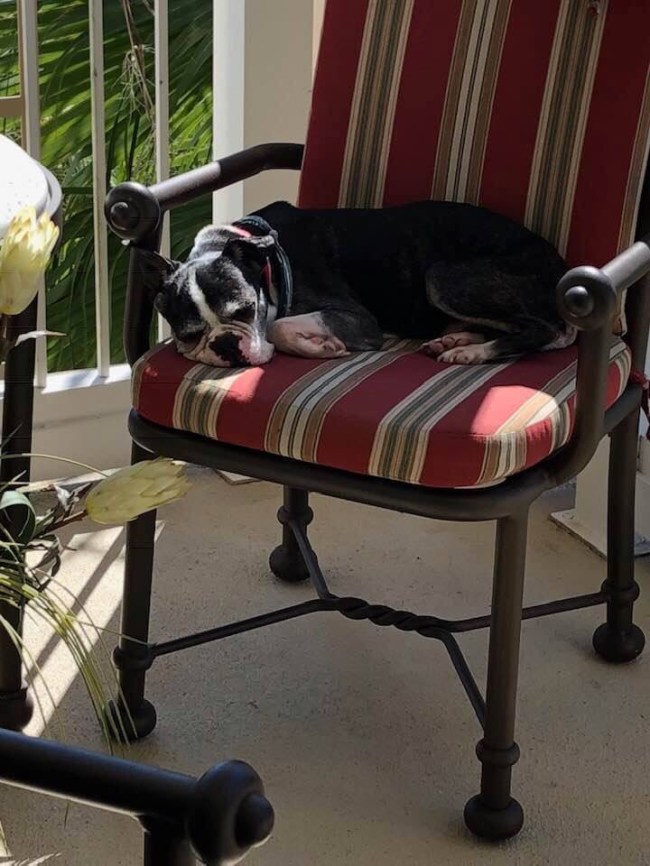 FOMO Bones is from the same two San Diego bros behind the Sunday Scaries. Their CBD is sourced directly from family-owned hemp farms in Colorado, all grown in accordance with the 2014 Farm Bill which requires CBD to be organic and pesticide free.

If your dog gets separation anxiety like Red Sox does and has a rough time adjusting to new environment, FOMO Bones CBD dog treats does wonders.

You wouldn’t not treat yourself for chilling out, so you might as well treat your best friend. 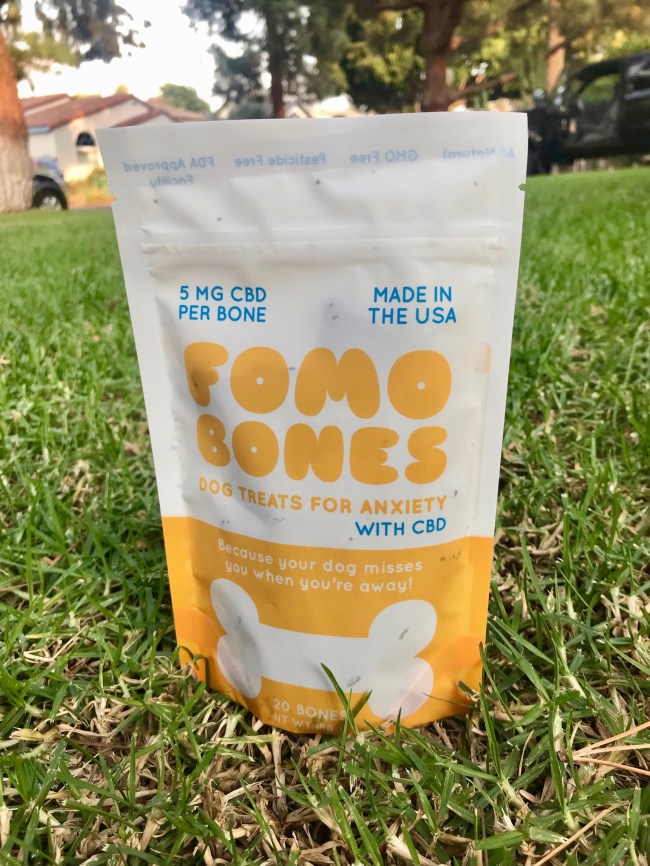 Note: Sponsored by FOMO Bones, but all opinions are my own.