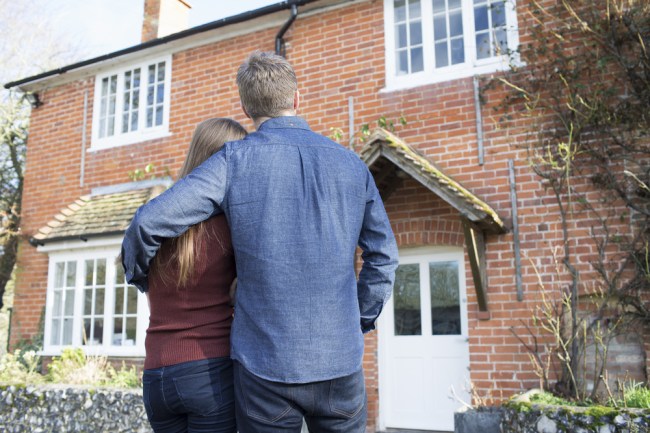 For my entire adult life (as part of the Millennial Generation) I’ve been inundated with headlines about NYC being the Mecca for every Millennial in America. This hasn’t always been entirely true. For the most part, millennials who grew up in the Mid-West and went to Mid-West colleges tended to move to Chicago over New York, and people on the West Coast often move up and down the coast instead of across America. But, for the most part, NYC has been the official Millennial hub since the first person coined the term ‘Millennials’.

We could spend all day talking about why Millennials have been leaving NYC for years but we’re not here to do that. We already know that Millennials are leaving New York and the other major cities in America. They’re moving to the Heartland in search of a more affordable life.

Over at Fortune, they’ve plotted the 10 counties in America where the most Millennials are purchasing homes and other than Denver/St. Louis, this list is pretty surprising because there’s NOT A SINGLE East Coast county/city listed here: 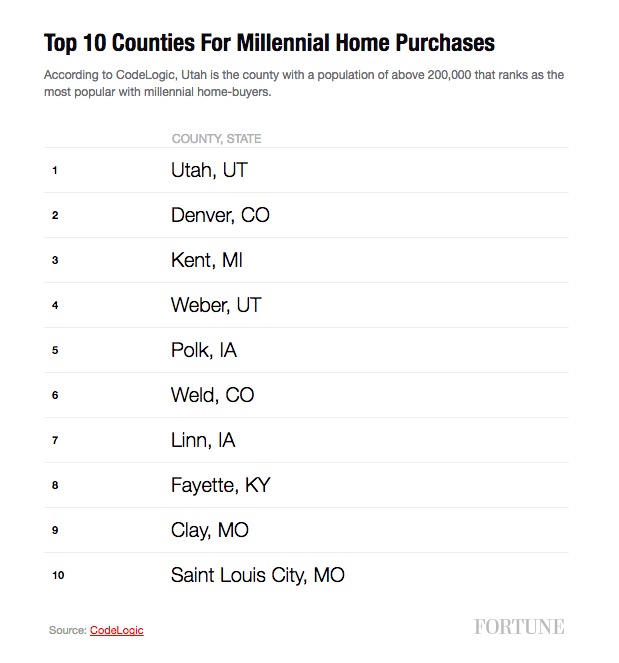 If you’re like me then you are a little bit surprised to see two Utah counties on that list. Frankly, I know that Utah is enormous in terms of land mass but I figured the population of Utah was so small they only had 5 or 6 counties at most, and I’m shocked that two of them made the list. But, as noted on Fortune, Utah as a state has a Median age of 30-years-old. It’s the youngest state population of all 50 states in America.

For reference, here’s what the ‘bottom top 10’ looks like: 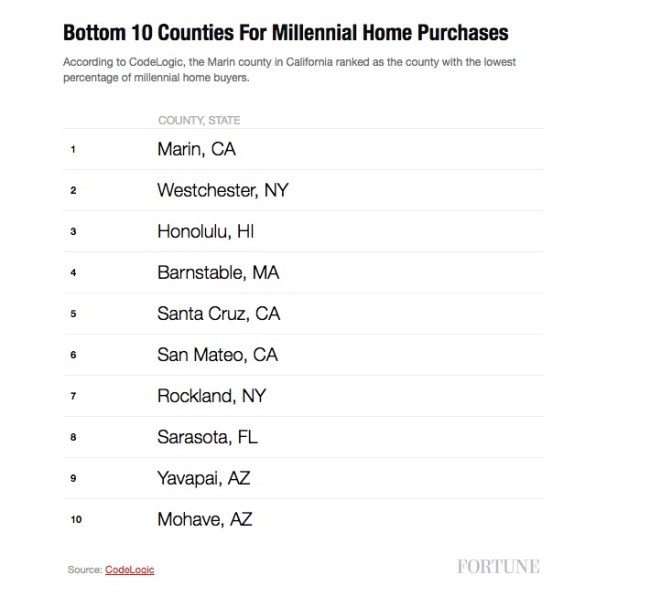 I’m both shocked and not at all surprised to see my hometown of Sarasota, Florida ranked #8 on this list. Sarasota is expensive as hell these days. The rental house I was living in after moving back from NYC was just as expensive as some of my apartments in Manhattan (I shit you not). And the population of Sarasota is borderline geriatric, so I can’t imagine too many Millennials would want to move there knowing the average age is probably older than their parents. But, nearly every friend I have owns their home and they’re all Millennials. So I’m still a bit shocked to see Sarasota on that list.

To learn more about why these counties are ranked on these lists you can CLICK HERE to head on over to Fortune.