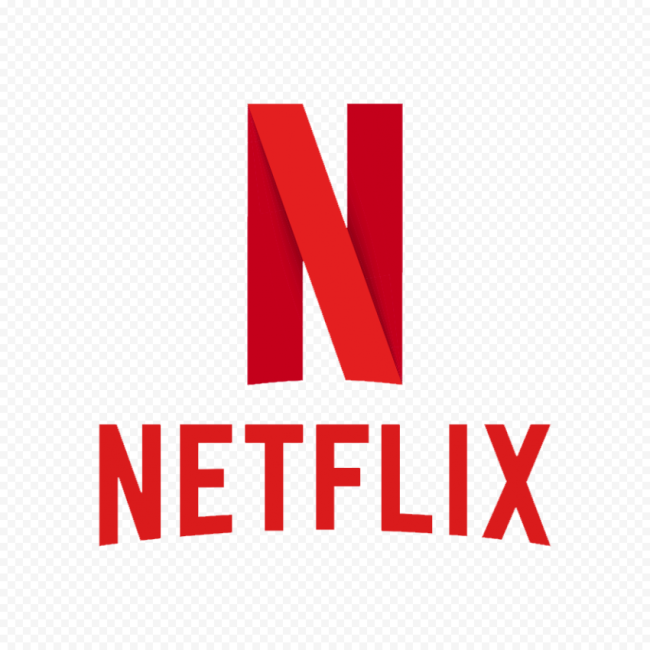 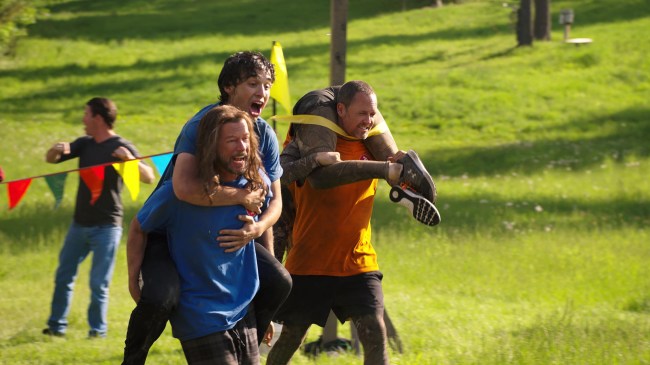 Shhh. You hear that? It’s the sound of your father getting stronger by DOING ABSOLUTELY NOTHING. What’s up with that guy? I mean, we’re over here banging out preacher curls and funneling protein shakes while dad is over near the grill in his B.U.M. Equipment t-shirt, carpenter jean shorts, and substitute gym teacher sneakers fighting off a fucking grizzly bear with one hand while maintaining his prized title of Grill Master with the other. I guess it’s true what they say: never underestimate the power of shelving all your individual hopes and dreams to start a family and raise a son who consistently falls short of your expectations.

Dads’ every day heroics give credence to the universal belief children have of their dads’ invincibility, and the thought of another dad opening up a can of whoopass on your own is as inconceivable to a child as pops waking up before the family on vacation and not reminding everyone of it the entire trip.

Well, in the new film Father Of The Year, now available on Netflix, two hometown buddies face that very possibility. After a night of debauchery, the two dudes, played by Joey Bragg and Matt Shively, wonder whose dad would win in a brouhaha. There’s Wayne (played by David Spade), who’s been training for decades curling 40 oz. Colt 45s to his lips and whose long, greasy hair, try as it may, fails to cover up his red neck. Then there’s Mardy (played by Nat Faxon) who is the human equivalent of an unsalted saltine and who is as intimidating as a litter of pug puppies on Xanax. 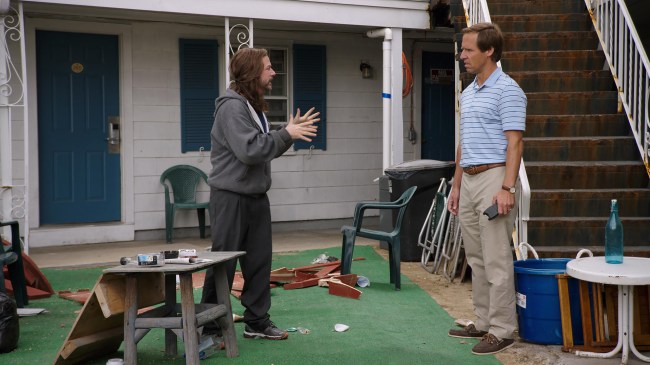 Remember that thing I said about dad strength I just spent twenty minutes writing about? Yeah, forget all that stuff when it comes to these two. It’s no Tyson/Holyfield, but that ain’t to say that it won’t be as entertaining.

Find out whose dad strength will prevail by watching the film Father Of The Year now, only on Netflix.