Dr. Phil Is Selling His $5.75 Million Mansion And The Interior Is More Bizarre Than Most Of The People He Interviews 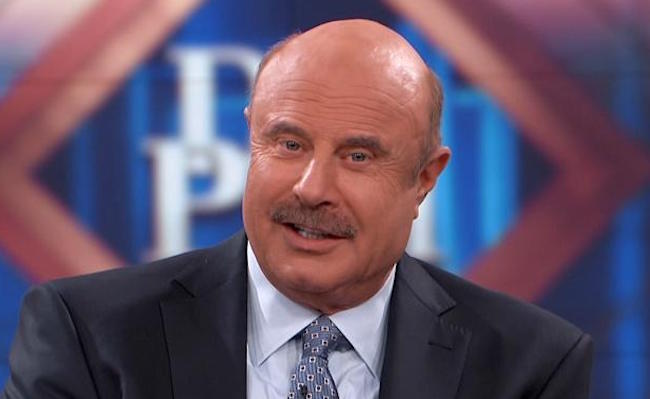 When World War II came to a close, tens of thousands of soldiers returned to the United States searching for a new purpose and the government came to their aid by encouraging people who’d been conditioned to ration since the start of the Great Depression to treat themselves in the name of economic prosperity.

Consumerism quickly became all the rage as Americans made up for lost time by purchasing things that were once considered luxuries and one of the hottest items on the market was the television set.

It didn’t take long for advertisers to realize these laughably large boxes with laughably small screens presented a golden opportunity to push products to a newly materialistic nation and they took full advantage.

Television swept across the nation during a time when most people considered a woman’s place to be in the home and networks soon began to cater to that demographic with the soap operas that ushered in the era of daytime TV.

That programming block would evolve in the following decades as those networks tried to figure out other kinds of shows that would draw in people who spend their day at home before discovering there’s nothing viewers love more than dysfunctional people making a fool out of themselves.

Shortly after the 1990s rolled around, the world was introduced to Maury Povich and Jerry Springer, who would perfect the art of exploiting people who couldn’t keep track of who they slept with and were willing to expose themselves on national television for a necklace made of beads.

Toward the tail-end of the decade, Oprah unleashed Dr. Phil on an unsuspecting world and he quickly rose to fame by attempting to help maladjusted people work through their various problems and making an ungodly sum of money in the process.

In 2007, he used some of his earnings to purchase a mansion in Beverly Hills that his son Jordan would eventually call home. However, he won’t be inhabiting it for much longer assuming someone is willing to pay the $5.75 million asking price it was recently listed at.

It might seem steep but it’s worth noting it does come with a number of furnishings, which sounds nice until you realize they were spawned from a fever dream that you’ll get to relive for every waking second you’re inside. 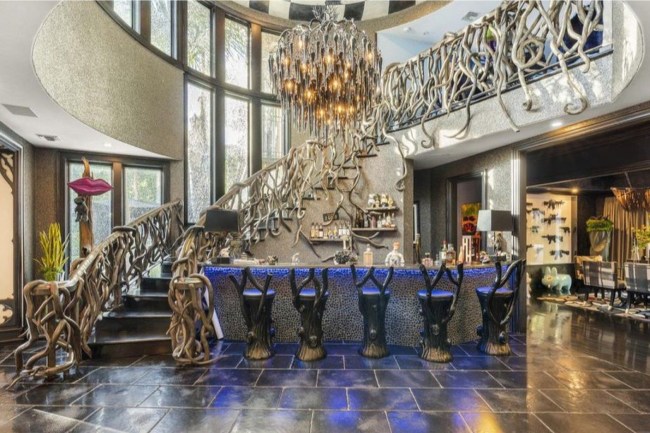 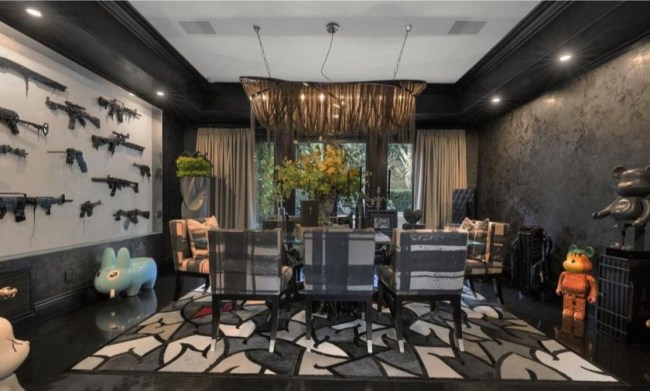 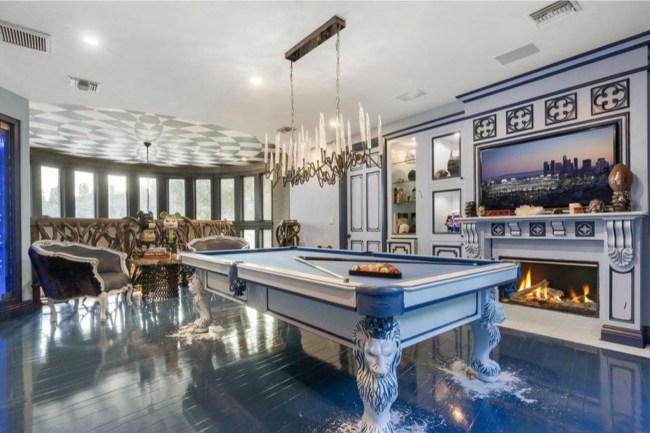 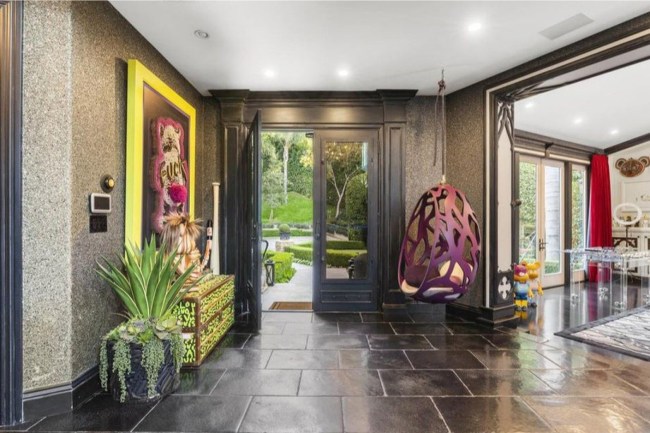 In 2015, Jordan said he’d gotten his inspiration from Tim Burton although I can’t for the life of me remember which of his movies features a laughably large array of high-powered firearms mounted on a wall in anticipation of The Purge playing out in real life.

At least the pool table is nice.