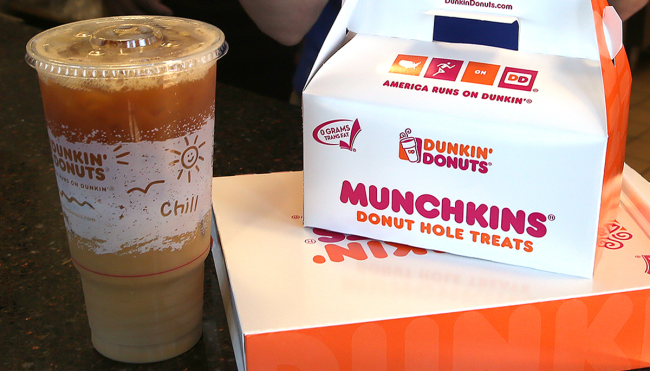 Anyone who’s spent a fair amount of time in New England knows that the chain I will refer to as “Dunkin’ Donuts” until the day I die isn’t just a coffee shop; no, it’s a lifestyle.

Sure, its coffee might taste more like the idea of coffee more than anything and its bagels are essentially edible yoga mats, but Dunkin’ is like the hopelessly unathletic younger brother you’re forced to drag along to a game of backyard football: it might not be good, but anyone who grew up with it has an obligation to defend it to the death despite its fairly underwhelming nature.

Nothing sums up the bizarre essence of Dunkin’ quite like its iced coffee. True veterans know each store exists in a weird alternate universe where ordering a “regular” will get you a cup filled with an impossibly pale and disturbingly crunchy liquid that barely resembles actual coffee, but based on a video that was recently shared by a Dunkin’ employee, that’s far from its only shortcoming.

On Tuesday, a TikTok user uploaded a brief exposé in which they revealed how much coffee you’re actually getting when you order a large iced coffee and, well, it’s safe to say the amount leaves a bit to be desired.

However, they also showed off a menu hack by revealing how much coffee you receive when you order “light ice,” which would appear to be the play.