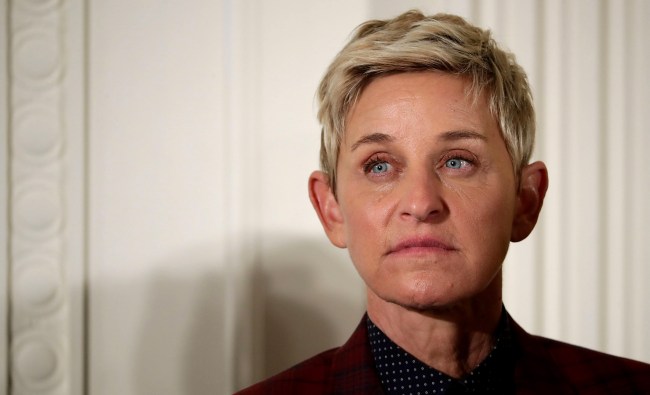 You know what they say: you either die a beloved daytime talk show host or live long enough to see the entire internet turn on you. First, it was Harvey Dent and now that same descending fate has appeared to lock its target on Ellen DeGeneres.

In case you’ve been living under a rock (or, more reasonably, just haven’t been paying attention because, honestly, who gives a shit?), Ellen has spent the better part of the summer under siege as her facade of kindness seems to be crumbling around her.

Ellen — the woman who ends her long-running talk show with the catchphrase “be kind to each other” — is apparently not the beacon of decency she projects herself to be, as reports seem to indicate that the actual culture of working at The Ellen Show is far from the one it portrays itself as. From executive producers being accused of misconduct to Ellen herself being accused of general abusive behavior, it appears that we’re watching the unraveling of Ellen’s legacy in real-time.

Not only are all of these revelations impacting Ellen’s future, but they’re also recontextualizing her past, as tweets like these — where she claims that making one of her employees “cry like a baby” felt “good” — are now much more sinister upon second, retroactive viewing.

I made one of my employees cry like a baby on today’s show. Honestly, it felt good.

While Ellen’s wallet will likely remain unaffected by her downfall — she’s reportedly worth over $300 million — her reputation will not, as all signs currently point to The Ellen Show coming off the air sooner rather than later, especially if the Wicked Witch of the West Coast reportedly wants to call it quits here.

I do hear The Batman is casting a new Two-Face for the sequel, though, maybe she should try her luck as an actual movie villain.

RELATED: 4 Of Life’s Mysteries That Are Probably Ellen DeGeneres’ Fault