Look Inside The MASSIVE Mansion Once Owned By Eminem That’s On Sale For Just $3.75M 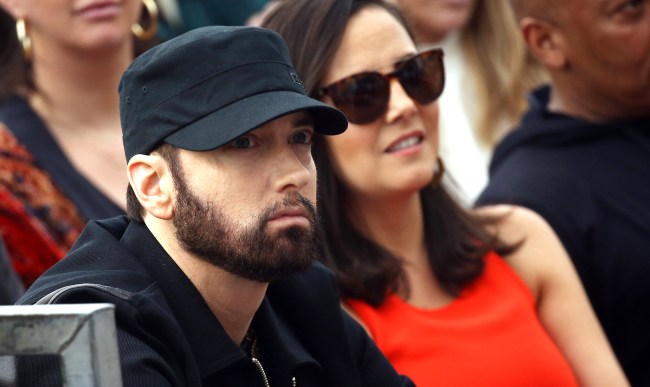 Looking to own a piece of music history? What if you could actually live in the place where some of that history took place? Well, you can, because the huge mansion that rap gawd Eminem owned in Oakland Township, Michigan is up for sale and the price is ridiculously low.

The house is massive at 17,500-square-feet, and it sits on a 5.69 acre lot, both of which would make one think the price would be someone near, if not over the $10 million mark.

Get this. Eminem’s old mansion is on the market with a price tag of just $3.75 million.

I know, right? Look at this place.

According to the home’s listing on Realtor.com, the house comes with six bedrooms, seven full bathrooms, three half baths, a billiards room, bar, and state of the art electronics, audio, visual and lighting systems.

It also comes with a three-story elevator, and each bedroom is a themed suite. The master suite features a large bath, dual walk in closets, and a private deck overlooking the pool. There is also a security and gate house.

Eminem, who reportedly bought the mansion from the former CEO of Kmart and was then known as the Kmart mansion, lived in it until as recently as 2017, reports WCRZ.com.