TikTok Video Sparks Wild Debate On Whether Or Not Guys Get Erections While Sitting On The Toilet, Here’s What The Science Says 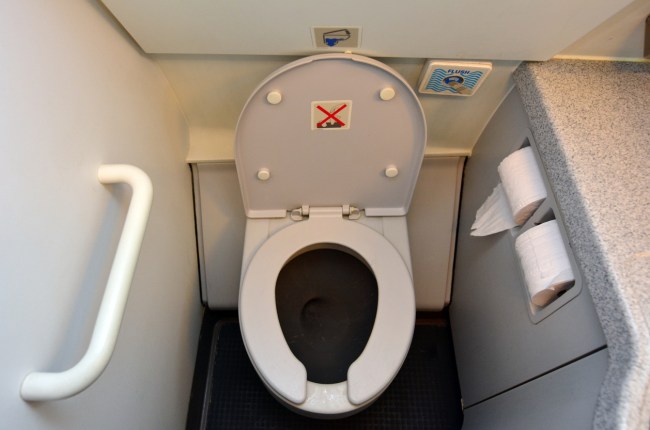 I have said it time and time again, Tik-ok is a WILD place. On any given day you just never know what is going to pop up on your “for you” page and you can find yourself scrolling through for hours at a time looking at the dumbest shit you can imagine.

Before I jump into what doctors had to say on this I tried to think of all the boners I have had in my life. Not once do I ever really recall a boner or even a half chub while taking a shit on the toilet. Yeah I mean I have woken up with morning wood a few times and waddled my way over to the toilet to drop a deuce to get my day started, but does that really count?

Never in my wildest imagination could I picture myself growing out a boner on the toilet without previously having one prior to my bowel movement. But apparently, I am mistaken, as health.com dug a little deeper into the debate and doctors have confirmed a poop boner is a real thing.

The expert verdict: It definitely can happen, according to Jesse N. Mills, MD, associate clinical professor of urology and director of The Men’s Clinic at the University of California Los Angeles. “Men can get erections during bowel movements, because the pressure it takes to push out stool increases blood flow through the penis,” he told Health.

“Anatomically speaking, there is no reason a person can’t have an erection and a bowel movement at the same time,” Dr. Bohl told Health. “In fact, getting an erection and having a bowel movement use the same part of the nervous system—the parasympathetic nervous system.” The parasympathetic nervous system is sometimes called the “rest and digest” or “feed and breed” system and controls functions such as sexual arousal, digestion, defecation, and the production of saliva and tears, he explains.”

There you have it, folks, having trouble popping wood with your significant other? Maybe just excuse yourself and go take a seat on the toilet.