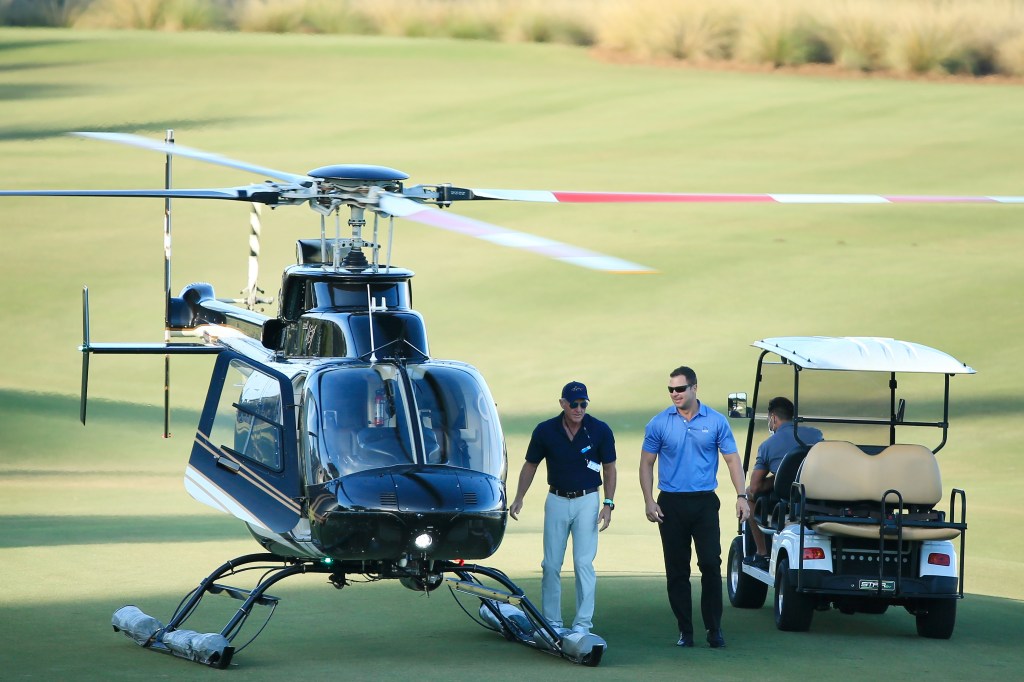 Greg Norman moved past being ‘rich’ into the realm of ‘wealthy’ so long ago it’s hard to keep track. He was the first professional golfer to eclipse $10 million in career earnings and later pushed past $15 million but he went on to make an unfathomable sum of money with his line of clothing and golf apparel. Norman’s estimated net worth these days is $400 million.

The dude’s got so much cash he probably tells people ‘oh, we get by just fine‘ when anyone asks him how his portfolio’s been performing. The type of guy who invites his friends over for a dinner party and then surreptitiously serves Lafite Rothschild 1945 but doesn’t tell anyone what they’re drinking so people don’t feel guilty about slugging back $23,000/bottle wine.

Jupiter Island on the East Coast of Florida is home to some of the most expensive homes on the planet. Many of these are owned by the most famous celebrities around including Tiger Woods, Serena Williams, Venus Williams, Alan Jackson, George H.W. Bush, and of course Greg Norman. For context, the median household income in Jupiter Island is over $250,000.

Greg Norman’s now selling his house for a cool $59,900,000 which means Jupiter Island might soon have a new uber-wealthy resident unless one of the rich folks already living there buys up the property as a guest house or whatever. The 31,800-square-foot estate is located at 382 S. Beach Road on Jupiter Island and features a main house, pool house/guest house, and a beach house. 3 for 1!

It boasts 10 bedrooms, 12 full bathrooms, and 6 half baths. There’s not one but TWO wine cellars because you can never have enough. The dock is long enough to fit a luxury mega yacht and there are two pools. Presumably one’s for the kids to pee in and another for the adults to swim laps. Here’s a NINE year old YouTube video that showcased the property then:

And some modern photos of the property:

After years of trying to sell his Florida property, golf legend Greg Norman bulldozed the original home and built a 32,000-square-foot compound in its place. Now he and his wife Kiki Norman have decided to sell, and are listing it for $59.9 million. https://t.co/WryKFMjTwD

Unable to sell it for a decade, Norman bulldozed the house in 2017 & built it from the ground up. pic.twitter.com/TSqHbDRR3M

In addition to his movie theater and multiple wine cellars and double pools, he also has this ‘prized golf room’ within the estate that any fan of golf will appreciate:

Greg Norman’s record of 331 weeks as the #1 ranked golfer in the world was broken by the one and only Tiger Woods, who is a nearby neighbor in Jupiter Island. The Shark notched 2 British Open/Open Championship majors and 88 international victories.

For an in-depth look at this property, you can visit the Sarasota Herald Tribune which has some incredible photographs of the interior.