If You Think This Hamptons Gigolo Kid Story Is True, You’re A Brainless Fish 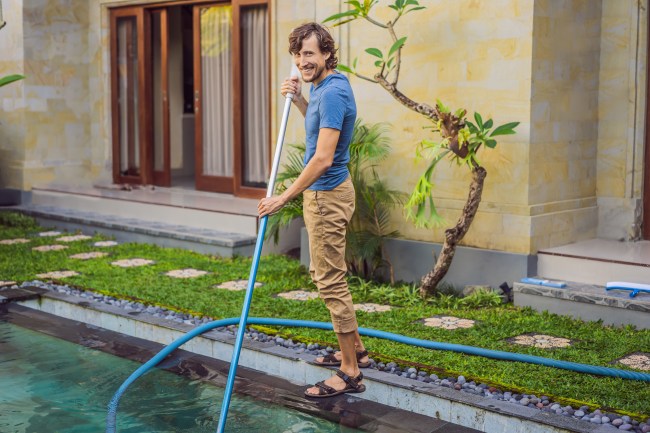 My girlfriend lives in the Hamptons…. and her 20 year old son has been living with them since March (covid) he’s a Junior… going back to school. She was cleaning his room and found ONE HUNDRED THOUSAND DOLLARS in cash.

This tweet thread about a “Hamptons Ho” went viral yesterday, and I have a few thoughts. First, I’m dubious of everything on the internet. Every sensational video, every wild story, I approach with cautious skepticism. The blogging game is dangerous. My name is my name. Can’t be throwing up crazy stories only to find out later that they were total bull. Which is why, sadly, I have to say that if you took the bait on this Hamptons gigolo story, you’re a fish.

I’m not saying that @JaimePrimak is a liar. It’s entirely possible she just heard this story and passed it along on Twitter. But this story has been passed around before. I first heard it 10 years ago. A buddy of mine—handsome kid, went to Dartmouth—was allegedly on his way back from a ski trip out west. He had a layover in Newark, heading to Boston, when some guy approached him at a Sbarro or something. Told him he ran a male escort ring out in the Hamptons, thought my buddy had “the right look.” Said he could make thousands per night with these divorcées and widowers (yikes?) who just wanted a little companionship, to re-live their golden years with a younger man. My buddy walked away, said the guy made him nervous.

It’s strange that my friend told me this story because he was a straight shooter. He wasn’t the sort of guy who would hear that story, then cast himself as the protagonist and pass the tale along. I liked the story so much that years later, I took a crack at writing a novel based on the seed he planted. In fact, I’ll copy and paste a chapter from that at the bottom. But CLEARLY, this recent tweet thread is not the first time this story has circulated. Which leads us to two possible outcomes:

I’ve been visiting the Hamptons every summer for a decade. I used to go out there to tutor the wealthy kids of families I worked with in New York City, but who spent their summers out there. Many of my students were children of divorce, and their moms would run around in their white pants with a lukewarm glass of chablis, from party to function to fundraiser to initiative. Sure, I’d receive the occasional wink or mildly flirtatious text from one of these moms. But never ANYTHING to the extent of a 4000% tip for additional services rendered.

Maybe I wasn’t handsome enough. Maybe I only worked with the legit moms. But that’s not a big world out there. People know each other’s business. I was in it for YEARS; I knew the private chefs and tennis instructors and even the chess instructors. I heard plenty of juicy gossip, but none of it approached a secret industry of Hamptons man-whoring.

Long story short – HE WAS SMASHING THE RICH OLDER LADIES FOR CASH – basically he was the Hamptons Ho…. and raised all cash – $5k a pop – from April to August and my friend is devastated and I’m like he’s a whole Patrick Dempsey 😂

It’s always these details: all cash, Hamptons, older ladies… what a fun summer job. If only it were real.

I may return to that novel someday, given how many people seem to want this story to be true. But for now, let’s dispense with the nonsense. This didn’t happen. His parents didn’t find $100k in his mattress. They didn’t force him to confess. They didn’t send him back to school penniless for his efforts. Does that sound like what a parent would do? Just take the money and say “that’ll teach you not to bang elderly women.” Not a chance. They’re either checking their kid in to the Tiger Woods Rehab Center for Guys Who Like Sex Too Much, or they’re harnessing the magical powers of their young stallion, paying for a personal trainer, and upping his rate. In other words, they’re becoming parental pimps.