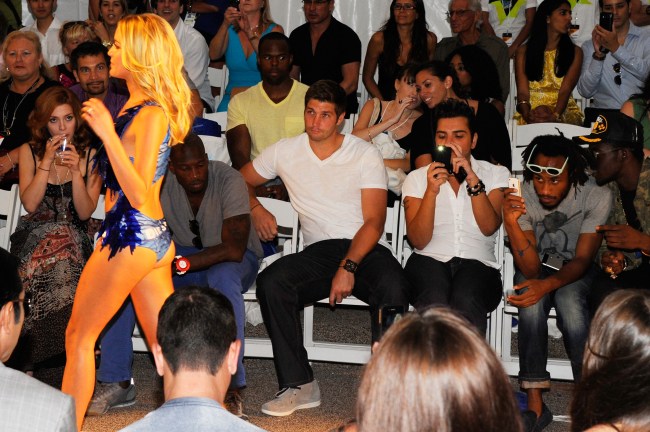 Smokin’ Jay Cutler was trending nationally on Twitter this morning after his wife, Kristin Cavallari, revealed he did the most romantic thing a man has ever done for a woman in the history of coupling.

The former NFL quarterback turned inadvertent reality TV star was featured on a recent episode of Very Cavallari, a show where he often looks like he’s being held hostage in his own marriage, and I have grown a whole other level of respect for the man who threw 5 interceptions in one game.

While out to dinner with a group of friends, Cavallari revealed she required her husband’s services in the most peculiar of ways.

“I had major clogged [milk] ducts,” she said. “Jay had to get them out for me, sucking harder than he’s ever sucked. And you know what? Saved my life.”

Tune in at the 15-second mark.

Not many men would undertake that chore, and Mr. Cutler should be given some sort of Presidential medal. But instead, he was mocked and ridiculed online. Sad world. Sad, but entertaining.

*checks to see why Jay Cutler is trending* pic.twitter.com/R94Iqlr5OQ

Wonder why Jay Cutler is trending?