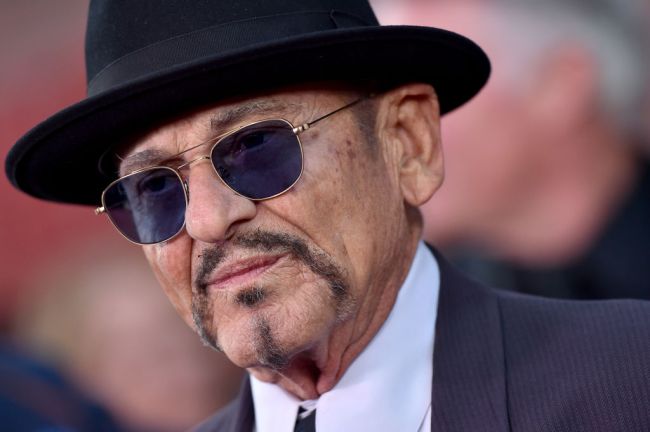 Have you ever wondered if, instead of blow, Tony Montana sold used Chryslers?

Or if the White House was in Atlantic City and the West Wing consisted of guys in fedoras smoking menthols playing rudimental card games?

Or if you bought a Barbie Dreamhouse, spray-painted it white, only to have Barbie throw all Ken’s shit out the windows because he hooked up with her sister, Tammy, at Karma after a few Mind Erasers?

If any of these scenarios are appealing to you, I’m sorry but you narrowly missed your shot.

Joe Pesci, worth an estimated $50 million, finally unloaded his repugnantly opulent Jersey Shore mansion he bought in 1994 for a paltry $850,000 to a buyer who presumably was suffering from a moment of weakness.

The Academy Award-winning actor sold the bayfront home for its original listing price of $6.5 million after taking it off the market at least three times since 2019 due to low demand.

Via The Philly Voice:

The 7,291 square-foot home is described as a contemporary residence featuring Art Deco design. The eight bedroom, eight bathroom mansion features a heated pool and spa on a terrace that overlooks the Barnegat Bay.

Inside, the house features an elevator, a spiral staircase and a spacious, open, floor plan with large, rooms and floor-to-ceiling windows. The upper level of the home has a private, master-bedroom balcony and office.

Perhaps the property’s most distinguishable feature is its memorabilia-filled home theater. The media room features posters and other mementos from some of Pesci’s most famous films, including a “Lethal Weapon” pinball machine.

If anyone has 7 million laying around, Joe Pesci’s Jersey Shore mansion is for sale. pic.twitter.com/AMIKYYULyH

joe pesci's meme of himself in his mansion is an incredible power move pic.twitter.com/UACRDv6wKn

This is the house you AirBNB for your college reunion when you’re 5 years out and have a little disposable income, but when you arrive you realize that the entire home is constructed from graham crackers and someone is dead on the basement couch. Helluva place to puke in though and wake up with a Sharpie’d forehead, I’ll give it that.