Joe Rogan Flexes On Texas With $14.4 Million Lake Austin Mansion, One Of The Largest Sales In Area History 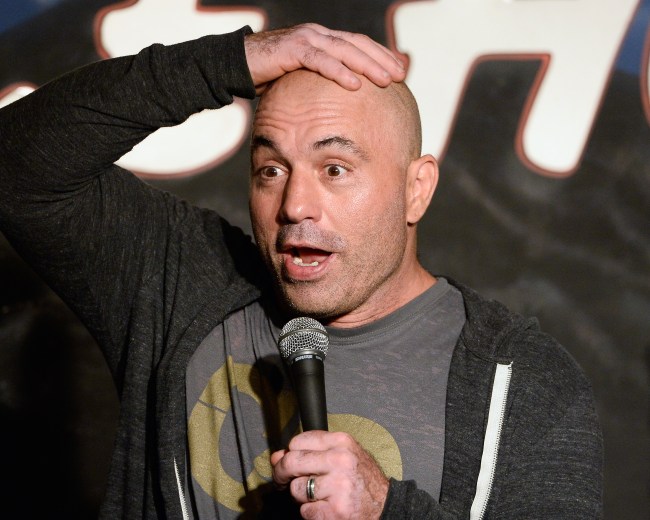 “Allll my flexes live in Texas…”

Just two months after Joe Rogan announced on his podcast that Los Angeles’ overcrowding, traffic, and homelessness has motivated him to seek a life elsewhere, the podcast giant has whipped together a studio in Austin that looks like an extraterrestrial fleshlight and dropped eight figures on a gigantic Lake Austin mansion.

The purchase is a huge stride in The Joe Rogan Texas Takeover, but just the beginning, as Rogan said he planned to open a comedy club and a gun range on a ranch that would also double as a music festival venue.

According to Dirt, Rogan shelled out $14.4 million on an off-market deal for a lakefront Texas-inspired modern farmhouse, one of the largest transactions in area history.

The $100 million man’s new digs stretch 10,890 square feet with eight bedrooms and 10 bathrooms, and features a large saltwater pool, a solarium, a party deck, and just a stone’s throw from new neighbors Sandra Bullock and haircare billionaire John Paul DeJoria. Joe sure could use knocking on that dude’s door.

It’s unclear whether the 53-year-old unloaded the $5 million property in the uber-exclusive Southern California neighborhood of Bell Canyon he bought back in 2018. The 8,720 square-foot property boasts six bedrooms, nine bathrooms, a pool, obscene mountain views, a gigantic wine cellar, and full gym.

My guess is that given how loaded Rogan is now, he probably forgot about it or gifted it to Joey CoCo Diaz.