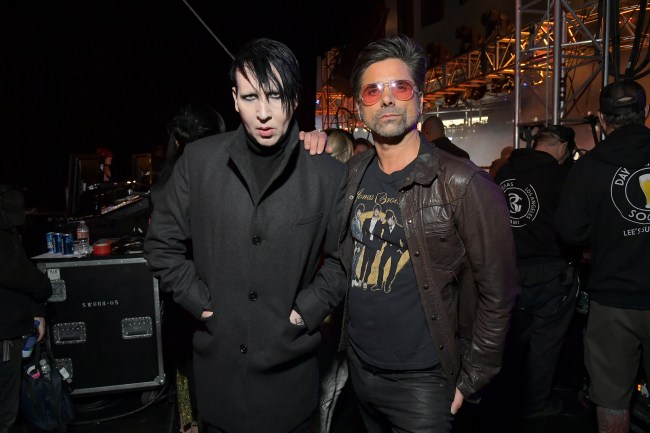 John Stamos aka ‘Uncle Jesse Katsopolis’ has an estimated net worth of somewhere between $20 and $40 million which seems pretty low for a guy who helped raise an entire generation of millennials. He’s appeared in 24 episodes of General Hospital, all 193 episodes of Full House, 21 episodes of Jake in Progress, 65 episodes of ER, 22 episodes of Grandfathered, 10 eps of Scream Queens, and 13 episodes of Fuller House.

He’s also appeared in a shit ton of other shows and movies I didn’t mention above. So I repeat, I’m surprised that his net worth is only between $20 and $40 million when he’s been a high-earning celebrity for around four decades.

Stamos recently put his 2-bedroom Beverly Hills house on the market for $5.8 million. How in the hell a 2-bedroom anywhere outside of Manhattan or San Francisco can cost $5.8 million is beyond me but I’ll at least say that John Stamos’ house is sick.

He opened up his home to Architectural Digest for a tour. It’s full of Stamos memorabilia and it’s decorated to perfection if you’re all about living a chill life. Let’s check it out:

$5.8 million for that…You buying? Maybe if you’re the next door neighbor, a billionaire, and want to bulldoze the property to create a mega-mansion it’s worth sinking the $5.8 million into that but you could probably get it for under $5 million with some negotiation. The view on that pool is straight up phenomenal, I’ll give him that.

He does have some badass art in there. And the house looks cozy as hell. I just cannot fathom dropping nearly $6 million on that house even if I was the biggest John Stamos fan in the world regardless of the Beverly Hills zipcode.