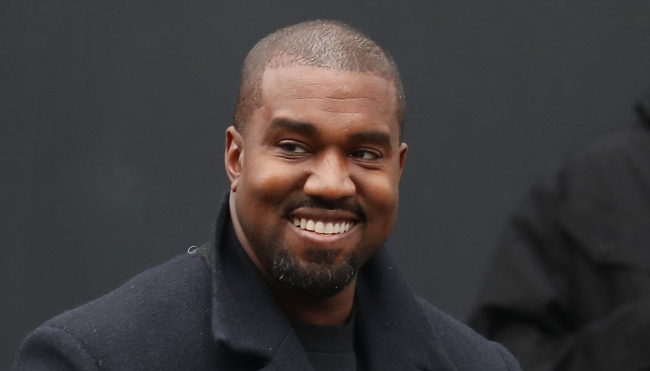 We have seen numerous very unusual homes owned by celebrities over the years, but this latest real estate acquisition by Kanye West in Malibu might now be at the top of the list.

The monumental amount of money he paid for the property, $57.25 MILLION, combined with the small size and the bizarre design of the home make it truly a one of a kind purchase.

The home was designed by Pritzker Prize-winning architect Tadao Ando and is as much a work of art as it is a home. Which might explain why someone would pay such an enormous sum of money for a beach house that’s just 3,665 square feet and made out of 1,200 tons of concrete.

Of course, considering the asking price for the property, previously owned by retired Wall Street financier Richard Sachs, AKA the ex-boyfriend of Ashley Olson, was $75 MILLION, perhaps Kanye West got himself a bargain?

“This is not just a house. This is like a Picasso Cubist painting, very important and very rare,” Sachs told the Wall Street Journal in 2020.

Across the three levels, every room has a view of the ocean. The lower level has three bedrooms, the middle floor has the kitchen and living room area and the upper level has the master bedroom, which has been set back to make a terrace.

While it’s primarily a residence, the home was also designed to function as a gallery-like space to house Mr. Sachs’s extensive contemporary art collection and has a warm feeling despite the concrete, said Ron Radziner of Marmol Radziner, the local architecture firm that worked with Mr. Ando on the design.

According to Realtor.com, Kanye West’s new home was built in 2013 and comes with four bedrooms, five bathrooms, and is 1,247% more expensive than nearby properties.

The lot itself is quite compact and sits cheek-to-jowl between two other homes, spanning under 5,700 square feet and stretching from the road to the beach. Out front, the two-lane street is often trafficked by local surfers and other beachgoers, who enjoy the relatively wide public beach and the good waves in this particular neighborhood pocket. The vaguely Brutalist-inspired house itself has no yard and nary a single plant, so West will save money on landscaping bills.

Each of the home’s three levels has a distinct purpose. The lowest floor holds three ensuite guest bedrooms, while the middling level houses the public areas — the living room, kitchen and powder room. The top floor is exclusively reserved for the owner, with its penthouse-level bedroom suite and rooftop oceanside terrace overlooking the crashing waves far below. Photos of the interiors don’t appear to exist online, but the decor been described as minimalist “yet warm,” by Marmol Radziner, the L.A.-based architecture firm that built the house in collaboration with Ando.

It’s also only about 30 minutes by car from the gigantic compound he and his estranged wife Kim Kardashian built in Hidden Hills.

Kanye West has reportedly purchased a $57.25M house in Malibu. In order to prevent the house from sinking into the sand, the structure is supported by 1,200 tons of concrete, 200 tons of steel reinforcement and 12 pylons driven 60 feet into the ground. pic.twitter.com/H0s69dzhcQ