Billionaire From Illinois Dropped $122 MILLION On A Mansion In London, The Most Expensive Ever Sold In The City 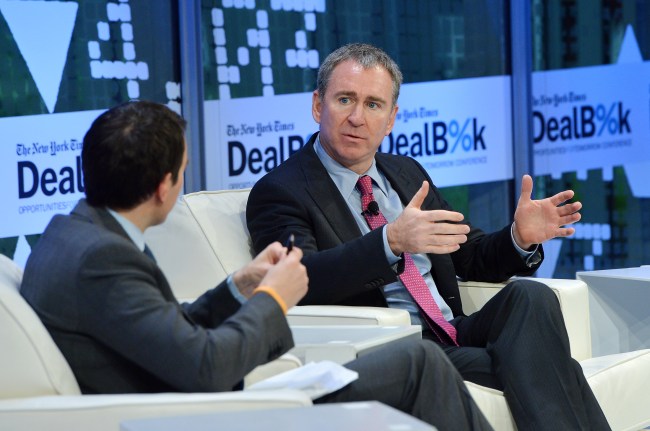 Billionaire Ken Griffin is listed as the wealthiest man from the state of Illinois on Bloomberg’s Billionaire Index with a net worth of around $8.84 billion. He’s the 152nd richest person in the world but he’s made more headlines in the past 24-hours than any other billionaire on the planet.

The Citadel LLC hedge fund founder just dropped $122 MILLION (95 million pounds) on a mansion in London at 3 Carlton Gardens which makes it the most expensive home ever sold in the city. The 200-year-old home is just a half-mile away from Buckingham Palace where the Queen resides.

It is a Georgian-era home that was built in the 1820s and has since been redeveloped. The house has unencumbered views of London’s St. James Park and also carries quite a bit of history with it. The mansion was the location of Charles de Gaulle’s private office during World War II and there’s a statue of the famous Frenchman across the street to mark the location.

This mansion measures roughly 20,000-square-feet and has a gym, pool, and an ‘underground extension’ according to Bloomberg.

Billionaire tycoon buys the most expensive home in the UK for £95million https://t.co/3uPFvkyY0Q

This hedge fund billionaire is apparently HUGE on real estate. He’s previously dropped $30 million for two floors at the Waldorf Astoria in Chicago. He has a Miami Beach penthouse that’s valued around $60 million and he also has more than $200 million in apartments in NYC. There’s also this outrageous property in Palm Beach.

The Chicago, Miami, and New York purchases were all records in those cities and now he can add a 4th record to his real estate portfolio with this London purchase.

For more on this mansion that sold for $122 MILLION you can click here to visit Bloomberg.