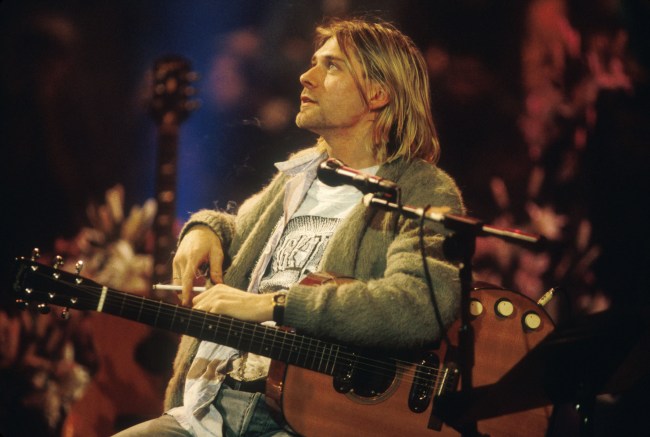 Calling all hardcore Nirvana fans and music lovers. You can buy the home of Kurt Cobain, but it won’t come cheap. Kurt Cobain and Courtney Love’s former house is up for sale and has an asking price of $7.5 million.

The “once in a lifetime” real estate opportunity allows you to purchase Cobain’s last home and the place where he took his own life. Not sure if that is a negative or a positive in selling the property.

The legendary Nirvana frontman’s 8,212-square-foot lakefront home is in the posh Denny-Blaine neighborhood, only about 15 minutes from downtown Seattle. The Queen Anne-style home features four bedrooms, four full bathrooms, and a wine cellar. The mansion sits on 0.74 acres of land and has views of Lake Washington.

The property went on the market earlier this month through real estate sales company Ewing and Clark. The real estate company published a listing for the home but hasn’t released interior photos publicly.

Here is the listing’s description on Estately:

A perfectly maintained home of extraordinary presence situated upon a beautiful, park-like lot in the heart of Denny Blaine. Built in 1902, features a shingled exterior distinguished by expressive windows, stone accents & Queen Anne styling, completely updated throughout. Gracious rooms enhanced by an open floor plan & fine millwork. Views of gardens, Lake Washington & Cascades. A stone’s throw from lake & the bustle of Madison Park. 15 min to downtown. A once in a lifetime opportunity!

Cobain and Love purchased the property in early 1994 for $1.49 million, which equates to approximately $2.6 million in today’s dollars. Love took sole possession of the mansion after Cobain’s death from suicide by a gun on April 5, 1994.

Love sold the property to a trust in June of 1997 for $2.9 million. County records show a detached garage was added in 2000, but any other additions to the 117-year-old Seattle-area home are unknown.

Cobain spent his final days in the home in Denny-Blaine before committing suicide with a shotgun. Cobain’s lifeless body was discovered on the floor in the greenhouse above the garage of the home by electrician Gary Smith, who was hired to install a security system at the house.

You can read more stories about the Smells Like Teen Spirit singer and Nirvana HERE.