This Cottage That Hit The Market For $1 Million In Laguna Beach, California Is Smaller Than A Two-Car Garage 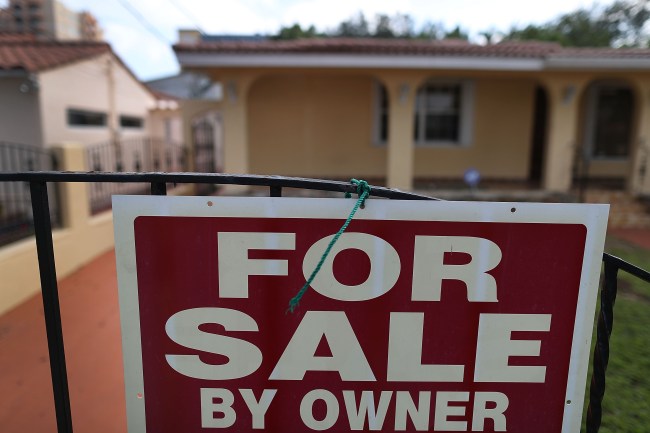 For a shade under $1 million in Cleveland Heights, Ohio, you can purchase yourself a 5,995-square-foot, 7 bed, 6 bath home on two acres of land. By stark contrast, in Laguna Beach, California, you can spend similar cash and buy a shack where a strong fart could dutch oven the entire thing.

A 595-square-foot Southern California cottage with one bedroom and one bathroom has hit the market for just under $1 million. According to the OC Register, the cottage–which was built in 1941 and is five blocks from the Pacific Ocean–was originally listed for $1.15 million last year before realizing a price drop to $998,900 this month.

Tiny southern California cottage on market for just under $1 million.

How much do you think this 595-square-foot house would go for around here? https://t.co/vHhO1Kfzgf pic.twitter.com/kVkSoWCDue

The OC Register reports that this price isn’t an aberration for the area, it’s actually somewhat of a deal–at that price, most other Laguna Beach spots on the Multiple Listing Service have zero bedrooms, as they’re just parcels of land. Laguna Beach’s median value was $1.695 million in April, down 10.8 percent year over year. The average list price was $5.2 million.

The housing market in Laguna Beach is a steal compared to that of San Francisco, where a person who wants to buy property needs a household income of $303,000 in order to afford the 20% down payment on a $1.5 million home, which is the median sale price on a home in the city.