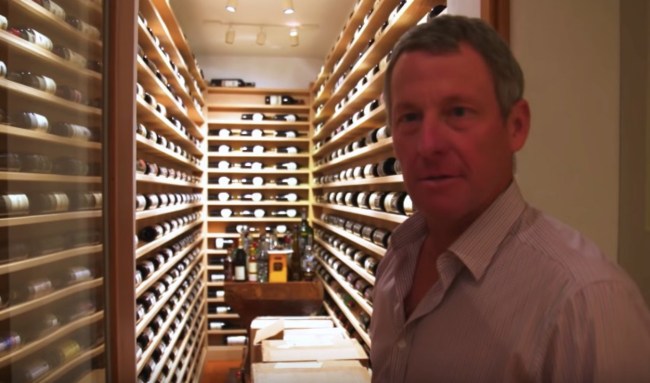 Lance Armstrong was the face of the largest sports doping scandal in history. Prior to that, he was the poster child of recovery in America after he beat a metastatic testicular cancer diagnosis in 1996 and went on to open the Lance Armstrong Foundation to help other cancer survivors.

After beating cancer, Lance went on to win 7 Tour de France titles that he was eventually stripped of after the United States Anti-Doping Agency (ASADA) found that he’d been using performance-enhancing drugs for his career, something they described as “the most sophisticated, professionalized and successful doping program that sport has ever seen.”

Cheaters never prosper, right? Wrong. Lance Armstrong’s been doing JUST FINE. He lives in Aspen which in the Winter is a haven for the wealthy elite and in the Summer is a paradise for outdoors enthusiasts into mountain biking and rock climbing.

Lance recently opened up the doors of his 6,000-square-foot home in Aspen to Architectural Digest and it’s nice to see how the other side is living for a bit.

Who knew that Lance Armstrong was an art collector? Not me.

Lance has made a FORTUNE off of Uber. He invested $100,000 with a VC firm who mentioned something about ‘ride sharing’. This was when Uber was valued at only $4 million. The company is now gearing up for an IPO valued at $120 billion. I’ll let you bros do the math on that.