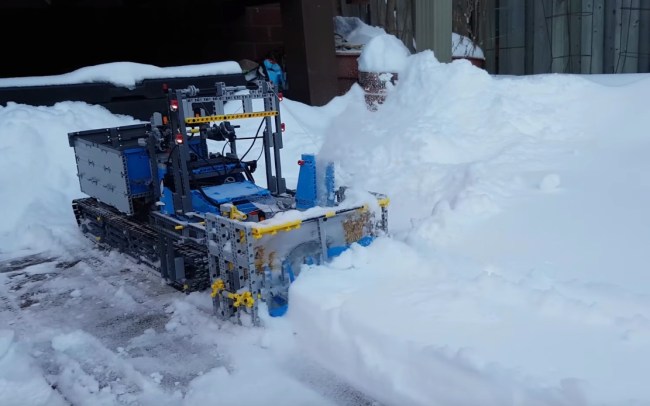 Do you have a million LEGO laying around the house? Instead of tossing them in the trash, donating them to charity or building a full-scale McLauren 720S, create a practical machine that makes life easier.

The Brick Wall has been turning LEGO into working machines for years, but their latest creation is really impressive. It’s a snowblower that moves more white powder than a Miami drug lord.

That isn’t just a dusting on the pavement. The LEGO SnowBlower is tossing around a massive amount of snow for a machine made of toys. It might be the greatest snow removal tool since this shovel.