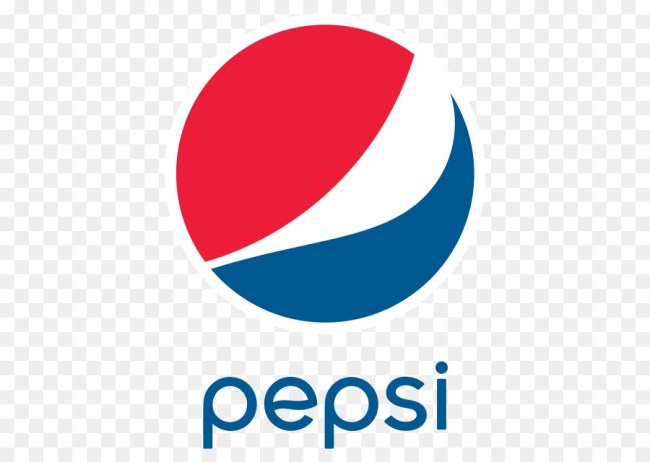 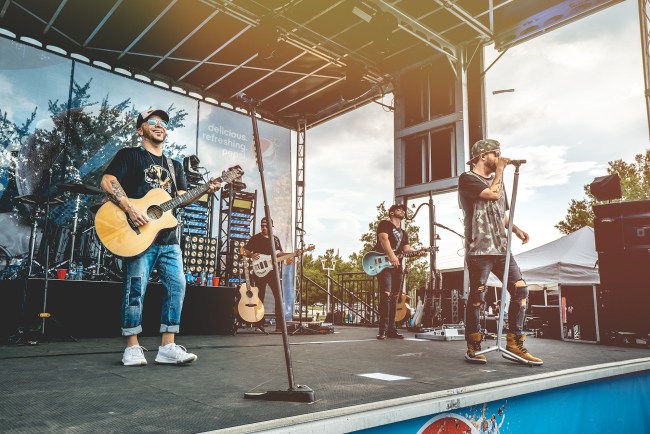 Presented in partnership with the Pepsi and the Pepsi Tailgate Tour…

Weird things happen when you show up to a tailgate outside AT&T Stadium in Arlington on game day wearing a bootleg Guy Fieri shirt . Weird, wonderful things. Cowboys fans welcome you with “Guy fives” strolling through the parking lot and everyone tries to tell you about the episode of Diners, Drive-In and Dives that features Guy’s favorite Dallas taco joint. It’s a hoot.

If you wear a Guy Fieri shirt to an upcoming football game on Pepsi’s Tailgate Tour, the two dudes in LOCASH, the country-rock band headlining the Pepsi Tailgate Tour, might also take notice. 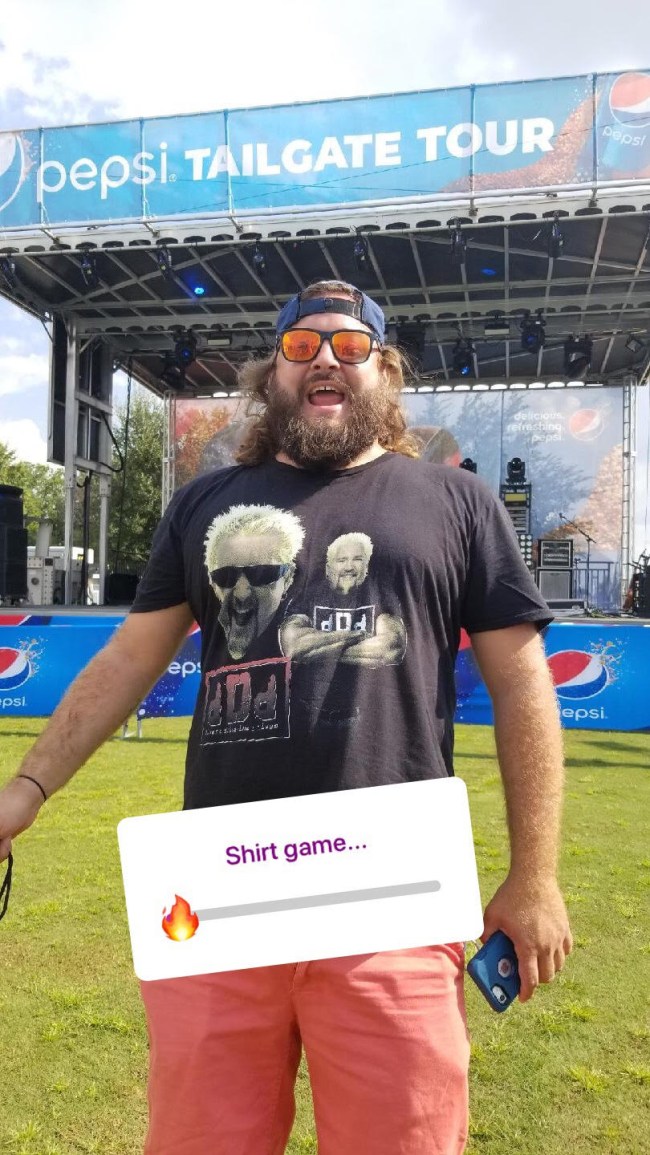 “We partied with Guy in Vegas,” Preston Brust, enthusiastically mentions on their tour bus.

“Well, you have to tell me about it.” I shot back.

As the story goes, they met him backstage at a Hank Williams Jr. concert. They were opening up for another act on the other side of Vegas and Hank invited them to come over when they wrapped up and the headliner went on. They went over to Hank’s show and, “the next thing you know, we were on the stage for the encore, singing ‘Family Tradition’ with him.”

“When we get off stage, he says ‘party in my room’ and everyone’s just there. It just turned into one of those nights in Vegas you never forget…. I ended up on a bus with Guy and we were re-living partying with Hank in his room. He’s such a great dude.”

Hot off dropping their new single “Feels Like A Party,” LOCASH is headlining the Pepsi tailgate tour. They kicked things off with TCU-Ohio State outside AT&T stadium a few weeks back before a thunderous set before the Cowboys-Giants Sunday Night Football game.

The Pepsi Tailgate Tour is a 10-date tailgate experience outside some of the biggest football games of the season: It heads to Happy Valley this weekend for Penn State-Ohio State, then to Pittsburgh for Steelers-Ravens outside Heinz Stadium. Other stops include Eagles – Giants in the Meadowlands and Packers – Patriots in Foxboro. As I mentioned the other week, it’s the perfect way to get amped up for the game with your friends before heading into the stadium: There’s cornhole, snacks, surprise guests by football greats, and turned-up LOCASH concert featuring all sorts of bangers, along with some country-rock staples.

“It’s definitely different performing for a football crowd before a game. But we get to do our three #1s and songs we wrong for other people too,” Chris Lucas from LOCASH explains. LOCASH wrote “Truck Yeah” for Tim McGraw, amongst other Nashville bangers.

“It’s cool to see the college crowds too,” Preston elaborates. In the case of Ohio State-TCU, “this wasn’t even their own turf and everyone came together for a big game…. It was cool to see that energy.”

So what’s the biggest crowd pleaser to a college crowd?

“Friends in Low Places, always…” they add, in unison.

Even compared to “Wagon Wheel”?

“Absolutely. Everyone loves Friends. Wagon Wheel is overplayed… But everyone loves a Friends In Low Places sing-a-long. Especially that secret third verse.”

So what upcoming stops are they looking forward the most on Tailgate Tour?

“The rivalries, for sure. Like Pittsburgh-Baltimore. It’s always a great game. Also, the Patriots game vs. The Packers, with Aaron Rodgers first time in Gillette.”

“That’s an important one for us. Pepsi picked some important games to be at and that one is a Salute to Service, which means a lot to us…” 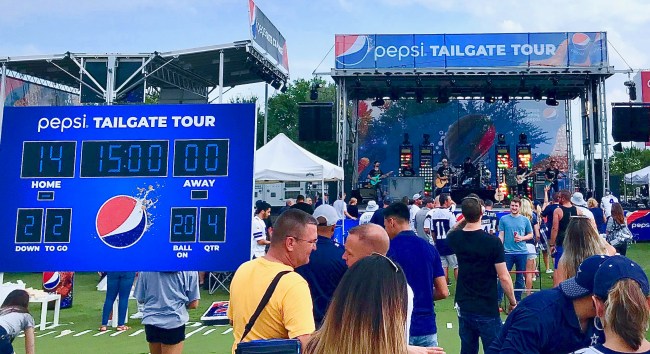