Lori Loughlin Selling $28.7 Million Mansion As She Faces A Lengthy Visit To The Slammer — Take A Look Inside 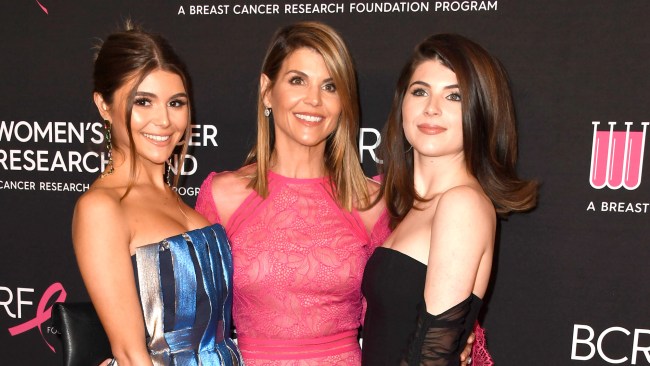 As former Full House star Lori Loughlin preps to possibly spend a little time up the river by learning jail lingo and martial arts, she and her husband Mossimo Giannulli have decided this is the best time to sell their 12,000-square-foot mansion in Bel-Air.

They are just pursuing “Mossimo’s passion for architecture.”

Loughlin and Giannulli purchased the home in 2015 for $13.995 million and previously tried to sell it in 2017 for $35 million, so this price is a real steal. (Probably not the best choices of words in this case.)

Should you be interested in purchasing the estate, your $28,650,000 investment will get you six bedrooms, nine bathrooms, a large swimming pool, an outdoor courtyard, two living rooms, a formal dining room and an eat-in chef’s kitchen, according to RadarOnline.

This is the same home the couple used as collateral for their $2 million bail for fraud charges in March of 2019.

The New York Daily News reported that U.S. District Judge Alexander MacKinnon told Giannulli at the time, “If you were to violate (the terms of your release), the government could foreclose on your residence.”

So if you’ve got around $30 million just burning a hole in your pocket, take a look at the video and pictures of the estate below and perhaps you will have found your next home.

Photos of Lori Loughlin’s estate which she just put up for sale for $28 million. Also pictured, a photo of her new home. pic.twitter.com/7io0vo9j4q