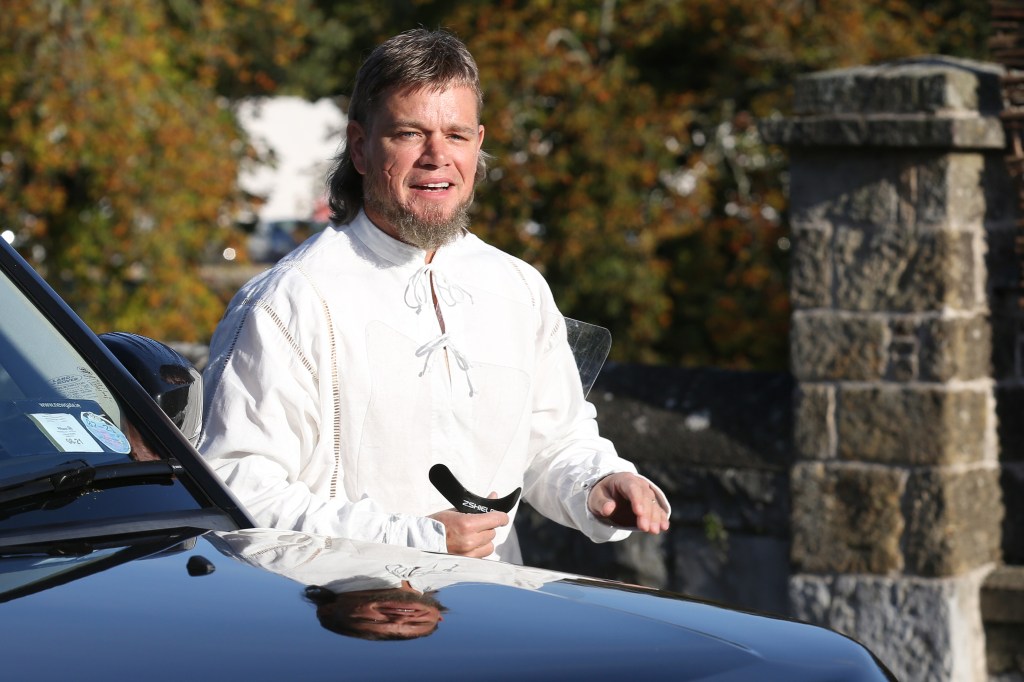 Matt Damon has been a very wealthy man for quite a long time. He’s earned an estimated $163 million for acting and an additional $38 million from writing/producing and endorsements. These days, Matt Damon gets paid at least $10+ million per film which puts him in the upper echelon of earners in the world.

So there’s really nothing shocking about the fact that he owns this 13,500-square-foot estate in the Pacific Palisades. The 7-bedroom home features everything you’d imagine from a 35-foot-tall vaulted mahogany ceiling atrium to a wine cellar. There’s a gym, spa, waterfall, koi pond, game room, bar, and more. And Matt’s just listed it for sale and is asking $21 million.

In 2017, Matt Damon and his wife purchased a penthouse in Brooklyn Heights for $17 million. It was kind of a weird flex when he could’ve purchased any number of brownstone homes in the area and renovated it into something incredible. But the penthouse is truly luxurious and the Damon’s are making it their primary residence.

So, for a cool $21 million you can own this Zen-inspired home in one of the most desirable neighborhoods around. The Zillow listing is here. Agent Eric Haskell of THE AGENCY has the listing:

To call this a dream home is a bit of an understatement. Here’s the description from the Dirt:

Public and private spaces orbit around the atrium and include a garden-view combo living/dining room with a massive stone fireplace and a step down billiards lounge with wet bar. A separate but nearby and comfy media lounge opens to the gardens. With spider-veined white marble counters on custom mahogany cabinets and a costly array of top-end culinary accouterments, the kitchen is one with an informal dining area and family room where floor-to-ceiling walls of glass provide a seamless transition to the backyard.

A sprawling subterranean level houses a variety of recreational and leisure options. In addition to a children’s den, there’s a climate-controlled wine cellar/tasting room and — to keep the “Thor” star’s 50-year-old body action-flick ready — a well-equipped gym.

The mansion’s half dozen secondary bedrooms include two for staff, while the relaxed and luxurious primary suite includes a private terrace with leafy treetop view, a massage room, a spacious bathroom and not just one but two huge walk-in closets, one with a mahogany clad raised ceiling and the other flooded with light thanks to a long slender skylight. (via)

Two bedrooms for the staff, seriously? On what planet does a guy like Matt Damon need live-in staff? Maybe security staff but then why would they be sleeping there? He’s not some elderly wealthy guy who needs someone to take care of him, empty his bed pan, and cook his meals. He’s a fully capable adult surrounded by other fully capable adults. Staff quarters is a weird flex.

If you want to take a gander at the then-record $16.645 million penthouse in Brooklyn Heights where the Damons will be moving, you can click right here.