McDonald’s Employee Exposes ‘How A McRib Gets Made’ On TikTok, Gets Over 6 Million Views 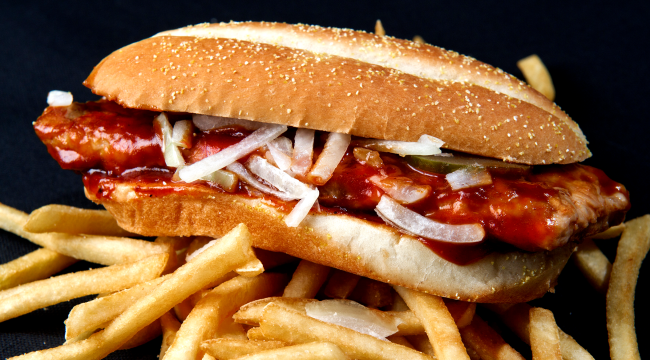 As everyone who has spent any time on the internet is certainly aware, knowing how certain foods get made, especially when it is captured on video, can be a rather traumatic experience (even when it’s not actually true).

Nowhere are these revelations more prevalent than when it comes to how your favorite fast food gets created.

Now, thanks to video streaming apps like TikTok, it is easier than ever to reveal behind the scenes looks at just about everything.

One of the most popular targets for these exposés is, of course, the biggest fast food franchise in the world, McDonald’s.

Recently, a TikToker named Isaiah (@zaezae1098) who works at a McDonald’s revealed just exactly how the ultra-popular McRib sandwich gets made.

Isaiah has posted numerous TikTok videos showing what happens in the back of a McDonald’s, but his “How a McRib Gets Made” video is by far his most popular with over 6.1 million views, over 290,000 likes, and almost 17,000 comments.

The video itself is pretty self-explanatory, but the comments that accompany it are the real entertainment.

“Does anyone feel like this made the already unappetizing McRib seem even less appetizing?” one viewer commented.

“And we’re worried about ‘Covid’,” joked another.

Another viewer simply summed up their feelings on the video with the comment, “McGross.”

Not everyone was put off though.

“As a chef I’m disappointed. At the fact that I loves these so much haha,” another viewer commented.

“If you think this is going to make me want to eat McDonalds less – you’re mistaken,” someone else wrote.

“Are you telling me the McRibs are back?” another viewer asked, clearly ready to go get one right now.

Some of the other TikTok video sharing looks behind the counter at McDonald’s that Isaiah has posted include one on the apple pie, another on the Big Mac, and, of course, a video discussing the ever-broken McDonald’s ice cream machine.

Related: Ex-McDonald’s Employee Gives Yet Another Explanation For Why Ice Cream Machine Is Always Broken