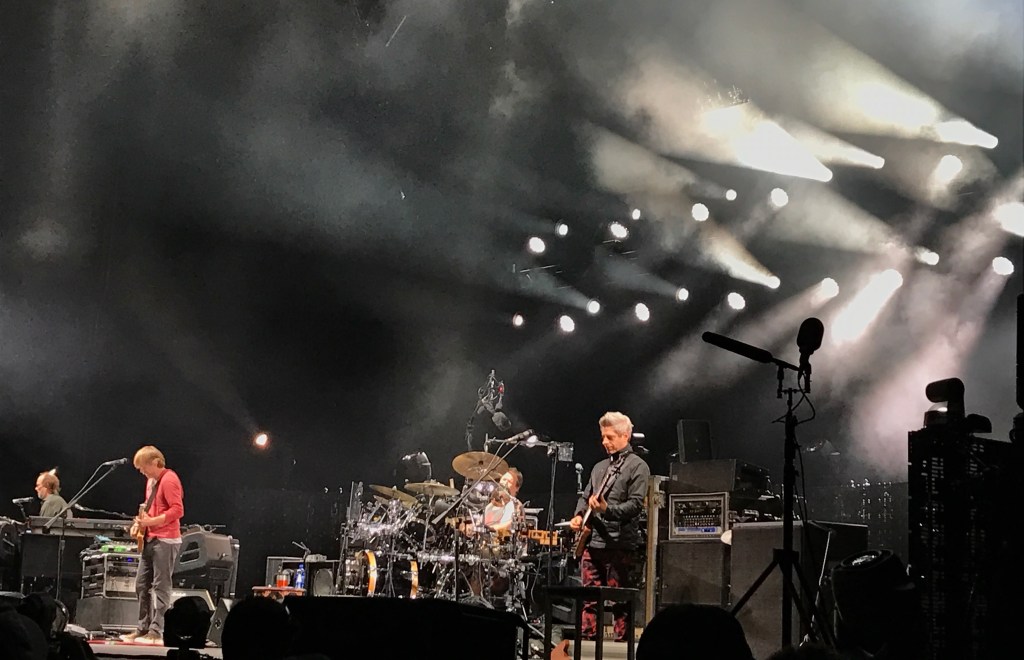 I’m not in the market for a gorgeous log cabin in Vermont because I actually already have one about 3 hours away in the Adirondack Mountains and I live in Florida so owning two log cabins just doesn’t make sense now does it? That would be silly. But if I was in the market for a log cabin in Vermont this is the one I’d be buying and I’d put in an all-cash offer well over the asking price in hopes that Phish bassist Mike Gordon could toss in some VIP access to concerts in the future once the band gets back on tour.

Phish is my band. I share them with millions of other phans. But if I’m ranking bands that matter the most to me in life then Phish is #1 and it’s not even close. So my eyes immediately perked up when I saw that bassist Mike Gordon is selling his spot in Essex Junction, VT outside of Burlington.

Mike purchased the place in 2003 for $425,000 and has now listed it for $895,000. The 3,400-square-foot house sits on 12 acres and the cabin features a large eat-in cherrywood kitchen, open stairway, dining room, mudroom, two-car garage with heated storage, a full-blown “dream musician’s studio” and a lot more. It’s just a half-hour from Burlington’s ski area, shopping, and dining.

Hang with the bees and buzz in the honeycomb?! Who wants to go in on @mike_gordon’s former home and studio https://t.co/m08YhhCVg9 that’s for sale in @phish’s home state of #VT with me?! 🐝⚡️✨ pic.twitter.com/ecto6bV9YX

This is Mike’s former home, not the one he’s currently living in. Here’s a rundown of the features from Realtor.com:

A raised stone hearth sits below the open stairway. The adjacent large eat-in cherrywood kitchen, with an eating area, adjoins the formal dining room, which leads out to the deck. The main level also features a mudroom, half-bathroom, and attached two-car garage with heated storage.

Other key features include a carpeted office, an entryway with a unique anodized-copper ceiling, and a finished basement. The basement level includes an exercise room, a craft- or workshop, as well as a rec room, which comes with built-in storage and utilities.

The second story includes the three bedrooms, including a spacious master suite with en suite bath and balcony access. Another full bathroom is shared by the other two bedrooms.

Wade Weathers with LandVest has the listing for this if you’re in the market for Mike Gordon’s former Vermont cabin. For my first six Phish shows I had ‘after show’ backstage passes and Mike was the only band member who would come mingle with the fans after the concerts and as a teen seeing his heroes for the first time was such a cool experience. I know he’s not reading this but if he was I’d thank him for hanging out.

This isn’t really related to the house, but Mike once followed me on Twitter (at @casspa) for like 48 hours after I assume he accidentally hit the follow button when he meant to hit the ‘like’ button and it gave me all sorts of anxiety because he only follows like 5 people on Twitter. I started overthinking every single tweet for that weekend until he unfollowed me after realizing his mistake.