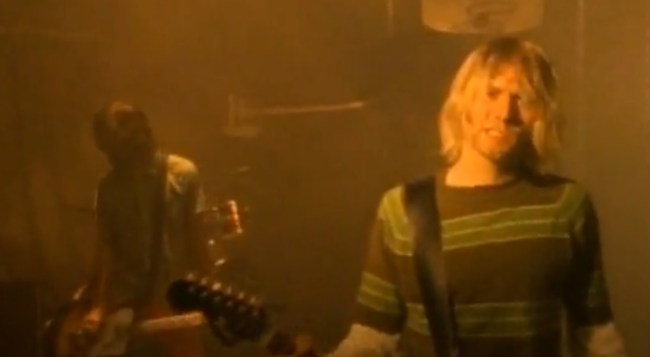 Ever wonder what it would sound like if Nirvana sold out to become a bubblegum pop band of the late 90s? Well, wonder no more because someone completely changed the sound of “Smells Like Teen Spirit” and made it sound like a Better Than Ezra song, not that there’s anything wrong with that.

Kurt Cobain wrote “Smell Like Teen Spirit” in F minor key, to give it that somber and bleak grunge sound. Vimeo user Sleep Good transformed Nirvana’s counter-culture anthem to a major key and now it sounds like Weezer’s “Undone” song. The remix is cleverly titled “Teen Sprite,” to embrace all of the pop in it. Kurt Cobain is probably rolling around in his grave over this autotuned pop song that was his dark piece de resistance.

WARNING: You can’t unhear this and it may ruin your innocent and rebellious grunge days.