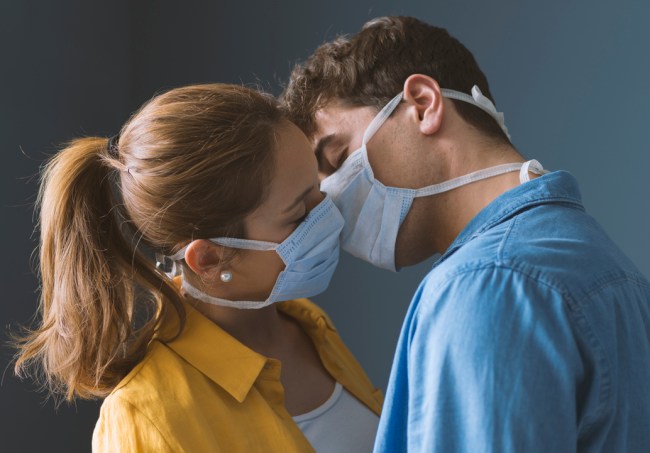 There was once a huge stigma around online dating back during a time when people were convinced meeting up with someone you met on the internet—for romantic purposes or otherwise—would result in you being murdered more often than that.

Thanks in no small part to Tinder and its ilk, swiping through pictures to find a potential partner in either the short or long-term has almost become the norm, and at this point, no one will bat an eye if you tell them you got to know someone in a biblical sense after spending a couple of days getting to know them over text.

However, serial hooker-uppers were dealt a huge blow a few months ago when COVID-19 started making the world a more miserable place than most people can ever remember, as visiting the home of someone you don’t know and putting your mouths in the closest proximity possible isn’t exactly the wisest thing to do in the middle of a pandemic.

Of course, plenty of people have risked death over the years in order to get their rocks off so it’s not exactly shocking that there’d be more than a few out there who weren’t going to let a pesky deadly and highly contagious disease get in the way of their quest to have someone else touch their genitals.

Health officials in New York City accepted this reality and decided to do what they could to help sex-havers stay as safe as possible, and back in March, the Department of Health released a list of guidelines designed to mitigate the risk of infection that warned against putting your tongue on someone’s chocolate starfish and recommended being as monogamist as possible.

NYC entered the first stage of its reopening plan on Monday, and after finding itself armed with over two more months of coronavirus knowledge, those responsible for the initial recommendations introduced an updated list containing some new (and somewhat perplexing) advice.

ABC7 rounded up a list of recent changes and noted officials are now advising people to wear masks during their most intimate moments to reduce “heavy breathing and panting” that could result in the virus being transmitted. If my travels around the internet over the years are any indication, there are people who will be thrilled to hear the general public is being urged to incorporate supplies that were traditionally reserved for hospitals into their sex life but I’m not sure how receptive others are going to be.

However, there’s nothing on the updated list more baffling than the recommendation to incorporate “physical barriers” (specifically walls) to keep yourself safe. I’m having trouble figuring out how you’re supposed to do this in a typical bedroom, so while they didn’t say this explicitly, I kind of feel like they’re encouraging guys to find a public bathroom stall with a hole in it and hope for the best.

I know this is a sentiment shared by basically everyone right now but we are living in truly bizarre times.