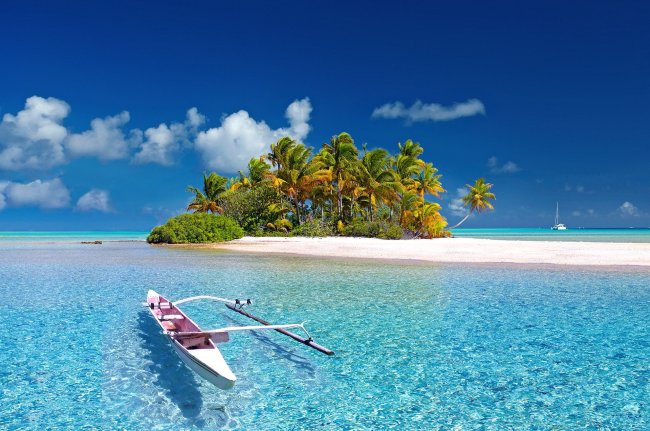 We’ve heard so much about wealthy people fleeing their city apartments in search of quieter pastures due to the pandemic. But we haven’t considered the effect that COVID has had on the private island market. As it turns out, buying a private island is much harder than I would have thought:

“This has been the busiest two months I’ve had in 22 years of selling islands,” Chris Krolow, the chief executive of Private Islands Inc., said in July. The pace has not slowed since then, he said. The only time he has ever had anywhere near this quantity of inquiries was shortly after the disastrous Fyre Festival on Great Exuma, in the Bahamas, in 2017. Mr. Krolow said he was swamped, for some reason, with questions from “kids hoping to start their own country.”

Quickly setting up an island for self-sufficiency is going to be hard, Mr. Gondolo-Gordon has to tell them. Construction on private islands takes far more time than on the mainland or even on typical, nonprivate islands. And brokers cannot guarantee that islands will be safe havens from civil unrest. For example, just this week he looked at a lovely island in the eastern Mediterranean — a steal at $7.4 million. But there are some tensions in those waters, which are contested by Turkey and Greece.

“You’re going to have to read the news,” he tells clients. And they’ll also have to consider that their shoreline will most likely be affected by climate change. When they cannot handle this, he advises them to rent a superyacht.

Crap. When you think of an island, you think of hammocks… coconuts… snorkeling… reading books for once. You always forget about the potential for war. You don’t picture bombing raids and the slaughtering of civilians, guerilla groups torching your tiki hut with flamethrowers and molotov cocktails. It’s all fun and games until the pillaging starts.

What’s more, landing strips are hard to build when you have to bring in the backhoe and the road roller on a pontoon. Irrigation systems, solar panels, helicopter landing pads—Rome wasn’t built in a day.

And finally, with travel restrictions imposed on the nearest airports in places like Belize, Panama, and the Bahamas, these poor would-be island owners are being forced to purchase their islands sight-unseen. Imagine showing up to your new oasis only to find that the beach sand is more of a pebbly consistency than a golden sand? Something the broker conveniently omitted from the brochure? What a nightmare.

Here’s hoping things get back to normal soon so we can buy our islands more easily. So tired of this pandemic.