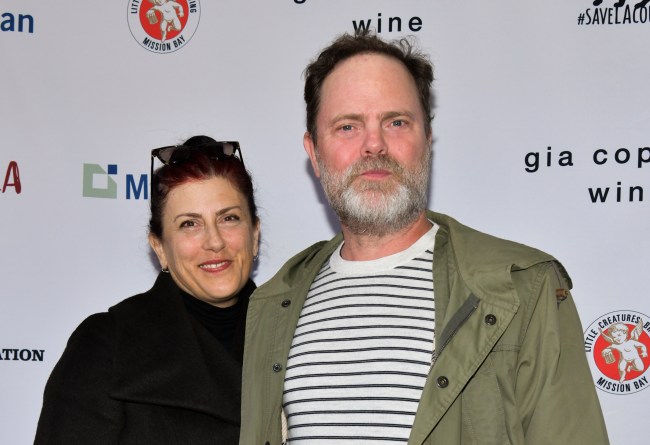 Rainn Wilson has had a very successful career in acting. It has been 2,701 days (and counting) since NBC’s The Office aired its season finale but the show continues to thrive as the most binge-watched/streamed show online and it’s really not even close.

He appeared in all 188 episodes of The Office which is tied for the most alongside a few others (Jim Halpert, Pam Beesly, etc.). He has also made appearances in tons of other TV shows and movies including the 2020 hit Utopia and Monsters vs. Aliens, one of my favorite Halloween movies.

Rainn Wilson‘s net worth is estimated to be somewhere in the realm of $14 million which makes him a very rich man and one who can afford to live quite comfortably in California where the competition for luxury properties is incomparable to most places on the planet. He and his spouse, Holiday Reinhorn, opened the doors to their luxury Spanish-style Hacienda in near Los Angeles with views of the ocean.

I honestly feel like the tens of thousands of BroBible readers who are reading this article right now are at least partially responsible for this home because of the countless hours spent streaming The Office all of which goes directly into Rainn’s pockets in the form of residual checks. Here’s Rainn Wilson showing off this awesome estate that reminds me how much better California is if you just avoid Los Angeles proper altogether:

It should be noted that there two pigs on his property and this is a legitimate pig farm which would delight Rainn’s former character Dwight Schrute who was a beet farmer in Scranton in addition to his duties at Dunder-Mifflin.

He and his spouse have only lived on this property for four months according to Architectural Digest which puts their move-in date sometime back in June. He and his spouse are avid travelers and aspects of this Spanish-style hacienda remind them of their extensive world travels, with elements of the home reminding them of Haiti and Morocco.

I’m sure here to say that you know you’ve officially made it in life when you can pinpoint exactly what you want and go out and get it. They knew the type of home and property they wanted with all of those unique elements and they went out and got it. That has to feel damn good.