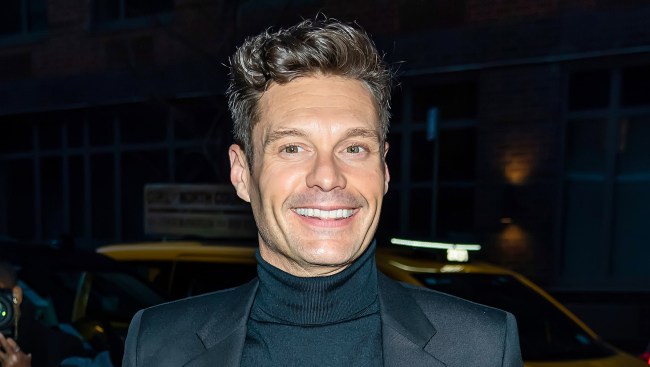 Before we get into what you get for $85 million, does it bother anyone else that someone like Ryan Seacrest has made enough money to be able to afford an $85 million mansion slash compound in Beverly Hills?

I mean, he’s 45, and all he’s done is host TV and radio shows. I don’t begrudge him a good living doing those things, but jeebus, he’s made that much money?! Sorry… now we’re moving on. For real this time.

Seacrest’s estate was once owned by Ellen DeGeneres and Portia De Rossi as Seacrest purchased it from them back in 2012 for for $36.5 million. That makes his asking price of $85 million quite a markup! By the way, the ladies were asking for $60 million. Seacrest knows real estate.

Before that it was owned by Max Mutchnick, the co-creator of the show Will & Grace. Ellen bought it from him for $29 million.

Apparently, Seacrest is planning to relocate to New York, thus the compound now being on the market, reports Realtor.com.

Think you could get pre-qualified? I know I couldn’t.

Plus, I am not sure 7 bedrooms and 10 bathrooms would be enough for me.

Never mind the approximately $395,383 a month I’d have to dole out in mortgage payments, and the $17 million down payment.

Maybe you’re in a different financial situation though. If so, here are some more pictures of the place as well as a short video tour.

Want to live like a mega-producer-slash-talk-show-host? Ryan Seacrest has listed his Beverly Hills home—which he purchased from Ellen Degeneres in 2012 for $36.5 million—for $85 million. https://t.co/FbZyr3iJGT

Ryan Seacrest News
You want to know what an $85 million house looks like? Well, you are about to find out. Ryan Seacrest is selling his home in LA for $85 Million dollars. He states it's because he does not live in LA as often and he spends most of his time in New York. pic.twitter.com/tgX9CoFaXP

A Long way from Dunwoody High, and playing Roxette on Star 94. https://t.co/cUoV8J8MHJ… via @TMZ https://t.co/zvUTPuTjDF via @TMZ

Ryan Seacrest reaches for stars with $85M Beverly Hills listing: This…is a big listing. “American Idol” host Ryan Seacrest has put his Beverly Hills home on the market for $85 million, more than twice what he paid for it in 2012. The listing is the latest sign that… pic.twitter.com/nvLOLyujMj