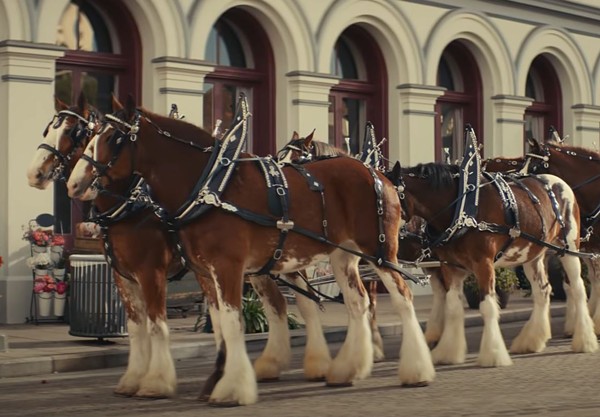 Sam Adams is taking a playful jab at the “King Of Beers’ during this year’s big game.

Last week Budweiser announced they weren’t going to run a Super Bowl ad for the first time in 37 years which is allowing Sam Adams to take advantage of their absence.

For their Super Bowl ad this year the Boston Brewing company is mocking Bud’s iconic Clydesdale horses to promote their Wicked Hazy IPA.

In the commercial, Sam Adams’ new pitchman, “Your Cousin from Boston”, unhitches the Clydesdales from their wagon and causes mayhem in the streets.

The clever ad will air on game day regionally in Boston and New York during the Super Bowl.