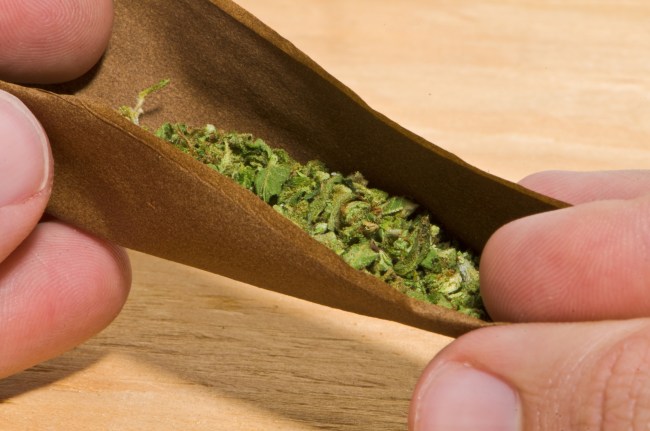 One of the people caught up in this extremely fascinating college bribery scandal is NYC food and beverage distributor Gregory Abbott. He’s the chairman and founder of International Dispensing Corp. in NYC and graduated from Princeton in 1972.

Admission to Princeton University has a rich history of being favorable towards legacy but Gregory Abbott is accused of greasing the palms of ACT and SAT test proctors with bribes of $50,000 and $75,000 to increase the standardized test scores of his daughter:

“Yeah, I do,” Singer replied, according to a transcript included in court filings. “She scored in the mid-600s” out of 800.
But after allegedly crooked SAT administrator Igor Dvorskiy got his hands on the teen’s tests, her scores were boosted to a perfect 800 on the math exam and 710 on the lit test, filings say.
The outside help also bumped up the student’s score on the ACT from a 23 out of 36 to a nearly flawless 35, filings show. (via)

Gregory Abbott’s son Malcolm, a rapper who goes by the name ‘Billa’, stepped outside of his family’s Fifth Avenue building yesterday and defended his parents to reporters while smoking one of the most poorly rolled blunts I’ve ever seen, all while trying to promote his 2018 rap CD titled ‘Cheese and Crackers’.

Their “rapper” son, Malcolm, popped out of the family’s Fifth Avenue building to smoke a giant blunt — while defending his parents and bragging about his latest CD.

“They’re blowing this whole thing out of proportion,” said Malcolm Abbott outside the home that overlooks the Metropolitan Museum of Art. “I believe everyone has a right to go to college, man.”

In between drags, Malcolm, whose father is the founder of food and beverage distributor International Dispensing Corp., admitted, “I didn’t go to college.”

The toker, who sports a ponytail and raps under the name “Billa,” then shamelessly plugged his music. “Check out my CD, ‘Cheese and Crackers,’ ” he said of his 2018 five-track rec­ord that includes a song titled “If I Lost My Money.” (via NYPost)

What a headline. This whole situation keeps getting better by the hour. https://t.co/eTQhzTgNlc pic.twitter.com/C9UIKavXkI

Malcolm went on to tell the NYPost that his parents “got roped into [this by] some guy who f–king cheated them.”

Here’s Billa rapping at a Jurassic 5 show several years ago:

If you’re wondering what ‘Cheese and Crackers’ by Billa sounds like you can find it on Spotify by clicking that link. Tracks include ‘Good Cracker’, ‘Jack Boy’, and ‘If I Lost My Money’, and others…I’ll be honest, I kind of fucking love the ‘cracker’ opening sample on ‘Good Cracker’. It kicks off great.

For what it’s worth, he doesn’t always roll shitty blunts. That one that Post photographed him smoking was just a half-assed effort.

His parents are currently out on $500,000 bail each while Lori Loughlin is out on $1 million bail and all of this seems incredibly excessive given that WE KNOW all of these people are going to get off with tiny fines and not see a single day of jail time.