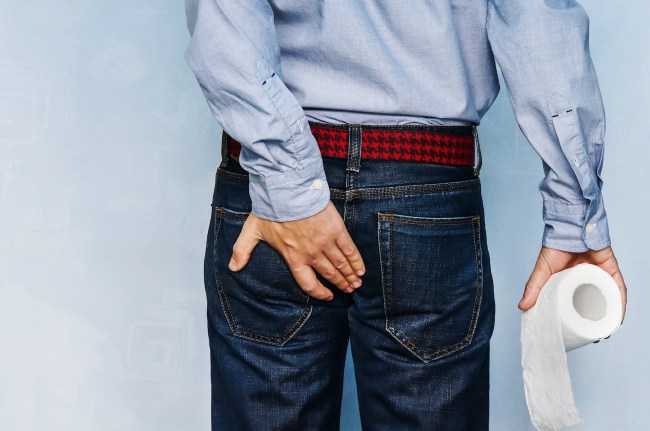 Most men love spicy food, but that doesn’t necessarily mean that spicy food likes us. Try not to take it personally.

It is not humanity that these flaming-hot eats loathe with the enthusiasm of a cranked out dictator suffering from jungle clap. It’s not like street tacos and buffalo wings are intelligent beings with a psychotic vendetta against those of us who sit at the top of the food chain.

That would be fucked — even if such a mystic level of culinary revenge would be a badass plot to a horror flick!

On the other hand, this fired-up fare does seem to possess a deep-seated disdain for our stomachs, large intestines and especially our buttholes. This is where all of that spiced up cuisine that we like to throw back in conjunction with copious amounts of beer has its final revenge.

Anyone who has ever done a food challenge where the contestant, in all of his dumbassery, must consume his weight in buffalo wings covered in nuclear sauce can sympathize.

The burning sensation that goes down the old gullet is nothing, and we mean nothing in comparison to the blazing bowels one may feel the next morning when he climbs up on his throne. In some cases, the burning blast of this post-chow brown-out is so devastating that the restaurant responsible for holding the event should probably be charged with a goddamned hate crime.

Sweet Jesus, why is this happening to me!?!

The worst is when a tasty meal from the night before ends up feeling as though you are in the process of giving birth to a litter of jagged razor blades with glass-cutting erections that have been soaked in gasoline.

It can be enough lavatory torture to where even the most resolute bar food junkie swears off spicy grub for a day or so. But our idiot brains, often influenced by booze and the howl of our stomachs, are good about eventually blacking out the pain.

This is when it is most likely that we’ll step in for another round of gluttony and have our asses burned at the stake once again.

Health experts say our asses are on fire after eating spicy food because the peppers and other seasonings that go into making them hot never really alter from their original form. Unlike the nutrients we get from the foods that we eat, these hellish additives are not absorbed by the body.

So, they must come out – and come out they will — as some kind of spicy turd surprise.

It is not realistic to suggest that all of the men of the world with flamethrowers for buttholes should start limiting their intake of spicy foods. Perhaps all of us would be better off eating a steady diet of kale salads and other rabbit food.

We’d probably live longer, healthier lives. But we are not going to do that – probably not ever.

Let’s face it, most of us would continue to torture our guts with all sorts of fiery foods regardless of whether it caused our insides to melt and ooze out involuntarily.

Therefore, in order to end the suffering, we must desensitize ourselves to the shit demons that spawn from maintaining this kind of inflamed diet and discover the Buddha that lives in the buttholes of us all.

We must discover enlightenment from the shithouse walls. And all it takes apparently is a month-long flogging of the intestines to reach a veritable nirvana of numb.

Sutep Gonlachanvit, M.D., chief of the division of gastroenterology at Chulalongkorn University in Bangkok, Thailand, says men can toughen up their buttholes by eating hot peppers every day for a few weeks straight.

“Continuous [spicy food] ingestion for greater than 3 weeks can induce desensitization—which in turn can reduce rectal sensation,” he explained.

This ferocious exercise in the calming of the keister is supposed to dull out those receptors in the brain that are responsible for sending pain signals to the back door. Yes, of course, your ass is going to hurt like hell during the bulk of this training, but it could make the after effects of Wing Wednesday a little more tolerable down the road.

That is unless you enjoy working remotely from the shitter on Thursdays.

Sadly, there aren’t any ingestible supplements on the market that a man can take to lessen the excruciating repercussions of a spicy night. We don’t have a morning-after pill. But medical experts claim that rubbing Calmoseptine ointment on the old brown eye can ease the burn.

Just don’t screw around back there too long and end up going knuckle-deep. A little dab does the trick apparently.

Or perhaps instead of finger massaging your stink hole every time those peppered guts launch into retaliation mode, maybe, just maybe it is okay to go ahead and order the medium heat next time.

6 Ways To Cool A Hot Mouth