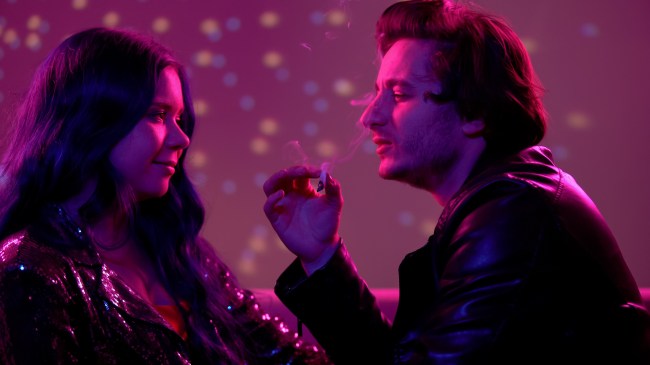 It could happen to anyone of us. In fact, we’re pretty damn sure it has happened to more than a few. And if some of you aren’t a little more careful, it’s going to happen to you. What we’re talking about right here has the potential to suck a man’s bank account dry for the next two decades or more. So, listen up. It’s a story that begins with boy meets girl, and ends with the boy facing a judge. No, this is not one of those #metoo discussions. It’s more like one that ends in us screaming “holy shit.”

Anyone who has ever stormed out into the night on a super-depraved mission to get fucked up, only to end up rolling around in bed naked with a stranger after the tolling of last call, understands that this behavior often comes with a smidgen of buyer’s remorse come morning.

It’s how we got the term Coyote Ugly.

That’s when a person looks good under the influence of 15 beers and a whiskey. But when you get a good look at them once the sun starts peeking in through the bedroom window, you want to gnaw your arm off and get out of dodge. Events like these are almost always attributed to alcohol, the beverage that’s been helping less-than-attractive people get more fuckable since the dawn of time. However, some new evidence has floated to the surface as of late, suggesting that marijuana, specifically the stuff being sold in legal states, is also the culprit in bringing about more sex and perhaps even sentencing a slew of stoners to 18 years of child support.

Researchers at the University of Connecticut, Georgia State University and Universidad del Pacifico say that adults are bumping uglies like farm animals in states where medical marijuana is legal. In turn, a lot of these poor schlubs are later finding out that their high night of lust and slobber has resulted in them becoming parents. Many of them waaaaaaayy before they are ever ready for it.

What is happening out there in the wild, wild world isn’t at all supernatural. We’ve known for a long time that smoking marijuana has a tendency to ramp up a person’s sexual prowess and get them to go nastier, sometimes to the point of becoming just plain freakish, than what they normally would with a clear head. So, when marijuana becomes legal, putting all sorts of potent pot products on the shelves for those old enough to buy it, it only stands to reason that these people are going to end up getting red-eyed and ripped and screwing each other’s brains out. By all accounts, getting high and getting laid is the brand spanking new American way!

But if a stoned affair leads to pregnancy, a man could easily find himself broke as a joke until he is old and grey. According to the Census Bureau Reports, the average child support payment in the United States is around $430 per month. And the more a guy earns, the more he could be ordered to pay. That means kissing that badass, new car goodbye, and getting used to living in your parent’s basement.

Now, as if the prospect of banging under the influence of marijuana and bringing expensive kids into this muffed up world wasn’t horrifying enough, the study also found that dudes living in medical marijuana states were catching more sexually transmitted diseases, like gonorrhea. Researchers found a 12 percent increase in males with this fuck disease in those places where pot is available down at the neighborhood dispensary. They admitted, however, that the data on this particular aspect of the study wasn’t exactly stable. Still, it makes sense that if men and women are getting high and engaging in sexual activity without contraceptives, enough to produce pot-infused youngins, some of these folks are probably feeling the burn when they pee.

After all, the Centers for Disease Control and Prevention says that STDs are on the rise nationwide. Between 2017 and 2018, there were approximately 580,000 cases of gonorrhea, 1.7 million cases of chlamydia and 115,000 cases of syphilis. That’s right, fellas, your dicks are at risk of getting sick.

Just remember this the next time you get buzzed up and start sniffing around town for some strange. One way or another, you might be taking a trip to a clinic in the days following the fun. The result is either going to be a hefty dose of antibiotics or a second job to cover the cost of your stoner spawn. So if you’re not going to wrap it, take it home and whack it. Wise words to live by fellas. Wise words.