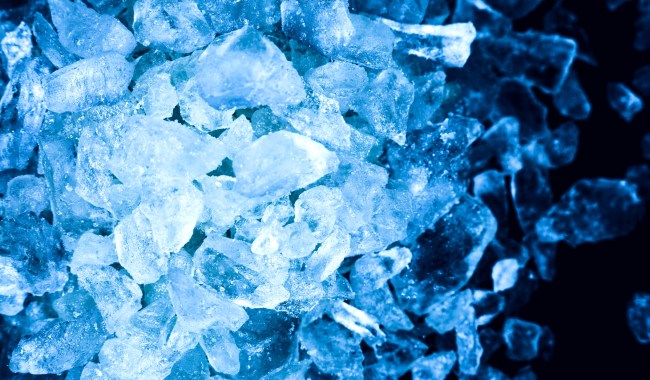 A new study conducted by Johns Hopkins Medicine confirms the use of methamphetamine increases both the risk of sexual desire as well as the likelihood of a person participating in risky sexual behavior such as having casual sex without a condom.

Methamphetamine has long been considered “a drug of abuse associated with increased sexual risk taking,” according to Johns Hopkins Medicine researchers as it has correlated to extremely high rates of HIV and other sexually transmitted infections (STIs) among its users.

The study, published in the Sept. 28 issue of Experimental and Clinical Psychopharmacology, was conducted because “the direct effects of methamphetamine on sexual desire and sexual decision making in humans have not been tested.”

What they discovered was…

Compared to placebo, methamphetamine caused group-level, dose-related increases in sexual desire, with decreased reported likelihood of condom use among individual participants who experienced increased desire and increased likelihood of condom use in those who experienced decreased desire. These mixed results may be consistent with methamphetamine’s role as both a treatment for attention-deficit/hyperactivity disorder and as a drug of abuse associated with increased sexual risk taking

“I discourage anyone from using illicit meth, but if someone is going to use it, they need to be aware that one of the many dangers is that they are more likely to make unsafe decisions when it comes to sex. Just knowing that, specifically for new users, may help them plan ahead and have a condom at hand just to be prepared,” Matthew W. Johnson, Ph.D., professor of psychiatry and behavioral sciences at the Johns Hopkins University School of Medicine told MedicalXpress.com.

In a clinical and controlled setting, participants were randomly assigned to take capsules containing 0 milligrams (placebo), 20 milligrams or 40 milligrams of methamphetamine in three separate sessions.

The participants were then given those aforementioned doses of meth and asked to rate their likelihood of using a condom in a hypothetical casual sex situation in which a condom was immediately available.

In other words, as it was stated on MedicalXpress.com, “The greater the increase in sexual desire, the less likely it was for the person to want to wait for a condom.”

“This isn’t just about the needle sharing factor for the spread of HIV or other infections,” Johnson added. “It’s more about how people engage in risky behaviors in association with these drugs and sex, which is largely connected with the concept of delay discounting, or the degree to which people take the future into account in their decision making.”