People Are Having Sex While Wearing AirPods And I Have Questions 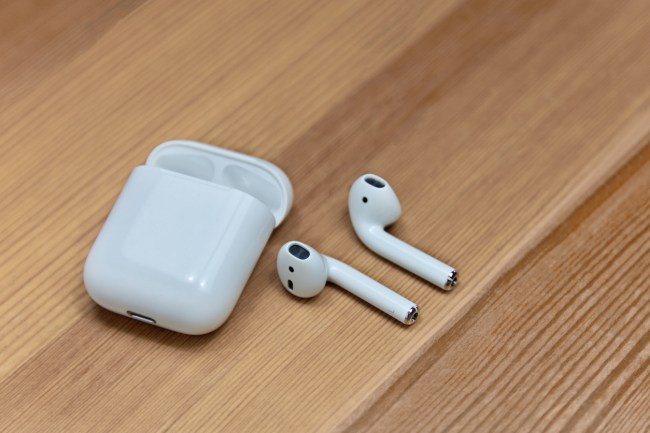 There’s nothing quite like that intimate connection you enjoy when making love to someone you’re totally into. Unless you need musical inspiration to get your juices flowing and then you wear AirPods while having sex.

A new survey from ticket selling platform TickPick attempts to find “the intersection of music and sexual preferences.” The survey asked 1,010 music fans about their sexual preferences and there was some interesting findings.

For one, 25% of folk music fans cry during sex. Too much Iron & Wine will do that. Hip-hop and rap fans were said to be the most selfish lovers and refuse to please their partner with oral sex. DJ Khaled is here for that. Blues music fanatics lasted the longest in bed.

The survey found that the music lovers who enjoyed doggy style the most was hip-hop fans at 40.5%, thanks Snoop Dogg. Heavy metal fans were the group most enthusiastic about pulling off the reverse cowgirl. EDM fans enjoyed fetish sex the most and that might have something to do with all of the MDMA.

The study also found that 17% of the respondents wore AirPods during sex. That’s 171.7 people of 1,010 who has sex while wearing AirPods. This can’t really be a thing, can it? I mean, if it was like 11 weirdos with an AirPod fetish it would be one thing, but over 171 weirdos? This is troubling.

Do you know who else had an unhealthy obsession with music during sex — serial killer and Phil Collins enthusiast Patrick Bateman from American Psycho.

What if your partner makes a request to go slower, faster or slower? You never hear them because you’re too busy jamming out to Pony by Ginuwine? That’s no way to be an unselfish lover.

What if your partner is listening to the Serial podcast while you bump nasties? Kinda weird.

There’s just too many erection-killing songs out there. Do you really want to take the chance that You’ve Got a Friend in Me by Randy Newman or Mad World by Gary Jules gets played while you’re just about to climax?

Even worse, what happens if Nickelback’s S.E.X. plays while you’re fornicating?

What if Eric Clapton’s Tears in Heaven begins to play during your lovemaking session or Johnny Cash’s cover of Hurt?

What if you have your songs on shuffle and Boyz II Men’s A Song for Mama comes on? Awkward Boner City – Population: You.