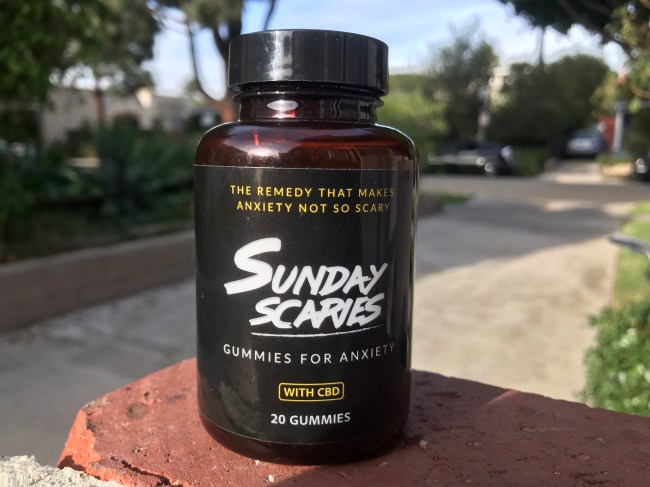 Presented in partnership with Sunday Scaries, but all opinions are my own…

Two summers ago, I moved to California. I’ll never forget the trip to the airport with my mom and dad: About half-way there, my dad went into his serious “dad voice” of wisdom and advice. He asked for my attention while I was fidgeting around on a phone, responding to some ultimately meaningless e-mail from someone I probably don’t even work with anymore.

“You let your work get to yourself. Try to relax out there. Try not to get too worked up over work. Just enjoy it. And please make time for yourself.”

That hit me hard in that moment because he was right. He is my Dad, after all. And I do let my job and career get the better part of my emotions. I juggle complex advertising deadlines. I try to keep everyone happy, to the point of my own disenchantment. I let things get under my skin. I get extremely worked up over work, to the point where it consumes me and strengthens my will to apease. Then, at night, after the work day’s done – while planning for the next day – I toss and turn over how I responded to an email or whether there was something missed throughout the day. I try to get ahead then start falling behind. Then I forget to sleep, all wound up like a messy yarnball of stress that just can’t unravel itself.

My mind was racing with a million emotions – I had a wonderful summer in Pennsylvania with old friends and close family. I didn’t want it to end. Part of me was crazy excited to relocate my life to Los Angeles – a city where I had a couple acquaintances but not many close friends. Another part of me was more cautious –  Just what in the heck was I getting myself into? I viewed the move to the west coast as a big move for work and, when California comes a-calling, it’s a call you have to answer. I viewed it as a way to ease back into 50 hour work weeks instead of 80+ hour work weeks on the East Coast. But what about my friends? What about my family? What about… me?

I spent a lot of time thinking about that before I got on that plane to Los Angeles, when the reality of my decision sunk in. At first I was just sad that an amazing summer was over. But then, when I looked to the future, I experienced a very complicated wave of emotions that goes with a cross-country move tied to career goals: The excitement of the unknown and a blank slate. New dynamics with new people. New expectations. The fear of failure, but also a sense of purpose.

After a couple weeks of hotel surfing, I found a place to live and settled into a work-life routine. But I still didn’t find my balance – the feng shui to put me in harmony with myself in my new surroundings in California. I was still sweating the small stuff. I was still pulling my hair out about work before I went to bed, even on the weekends.

Except now, I was doing it with no one around to talk to… and three hours behind everything happening on the east coast. Three hours behind a team pissed at me every second of the day for being three hours behind them. A lot of ways, the change in geography made my life worse, not better: My days started waking up to phone calls and DMs and full inbox at 6AM, with meetings from 10AM – 3PM then catch-up on e-mails and other work from 3PM – 8PM. 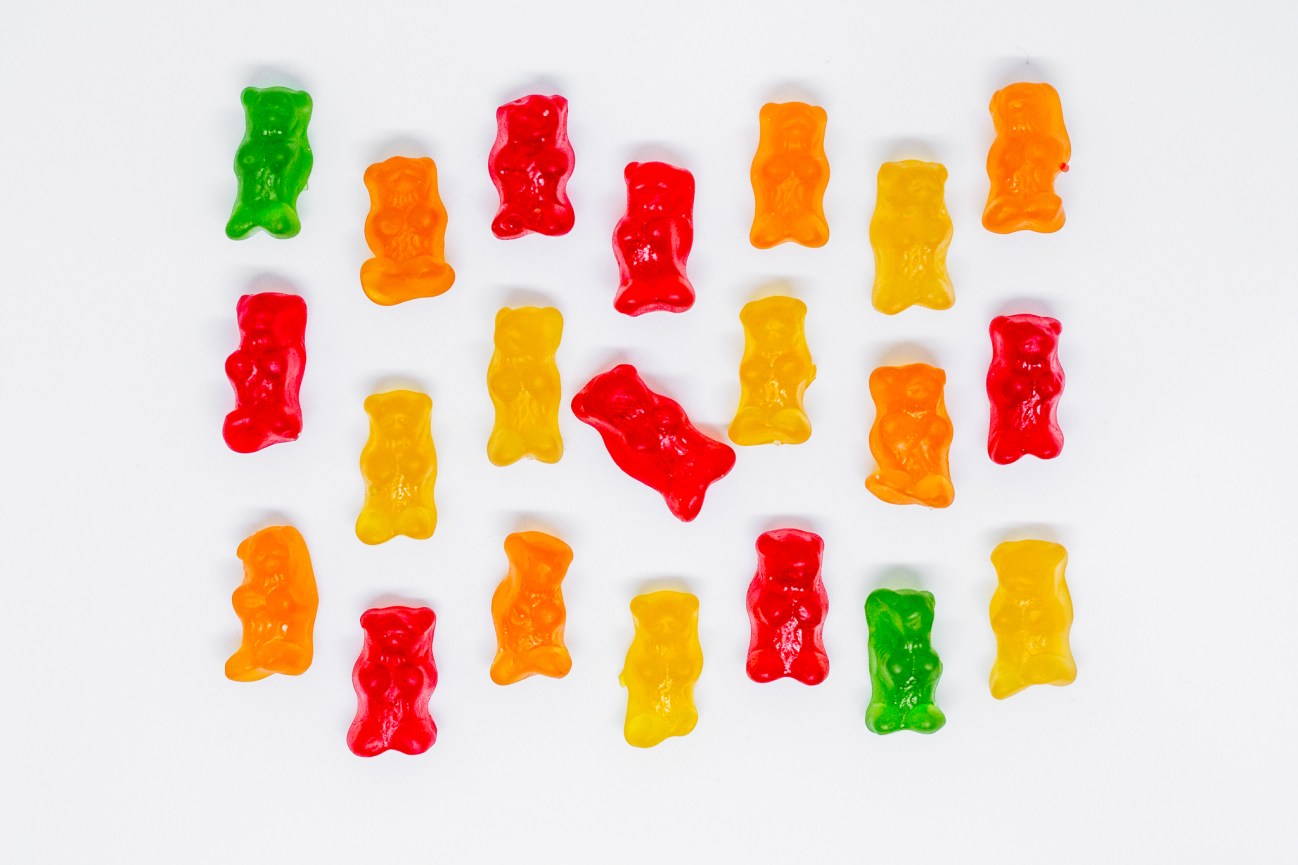 This became pretty apparent to my office buddies within a few months. I loved being in L.A. (…70 degrees in November, can you beat it?), but the consistent fear that I wasn’t performing was paying a toll on my overall well-being, especially when it came to sleep and general attitude to work-related projects. I was grumpy, I complained a lot. I wasn’t myself. I felt a tremendous amount of insecurity, at work and just… in general.

As I mentioned a few weeks ago, a co-worker recommended trying Sunday Scaries, gummies with CBD. A legal derivative of the hemp plant, CBD has a lot of appeal in the medical and wellness community for providing some chill in your day-to-day life, behaving as a natural, non-toxic compound without the intoxicating effects of THC. After all, you can only hit so many happy hours to complain about work with co-workers before that takes it’s toll.

So I tried Sunday Scaries CBD gummies. Each gummy includes 10mg of CBD, just enough to really chill out from everything that’s been heavy on my mind for the day. The first time I tried it, I hit the sack at 10PM on Friday and slept for 12 hours straight. It was the most peace and calm I’d felt since moving to Los Angeles. The only way I can describe it is that I felt a great oneness with my bed. 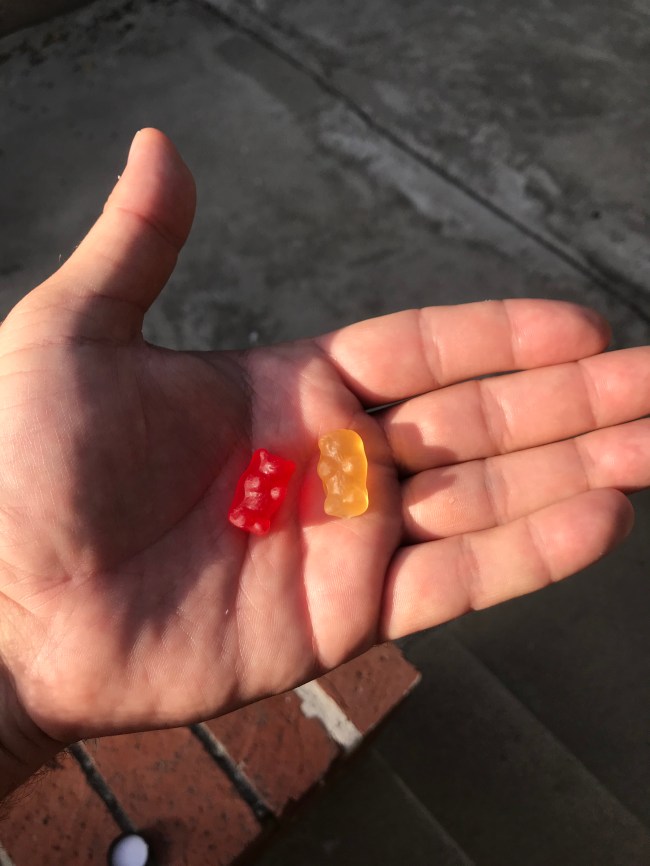 Later that week, I started seeing how Sunday Scaries could help me when I got too wound up and stressed out. I had a monster week of Powerpoints, spreedsheets, and campaigns to deliver with quick turnarounds. I was maxed out at the office until 10PM, knowing it was fully possible that I could be there until 2AM or even dawn, nit-picking of the gritty details of these decks with next-day deadlines.

But eventually, you just have to stop being a control freak and let everything sort it out. Leaving the office that night, I dreaded laying in my bed and role-playing through missed mistakes or overly complicating things. So popped a Sunday Scaries on my walk home from a bite to eat, jumped into bed, and caught an amazing seven hour sleep – ready to conquer the world in the morning with new sense of wellness and chill.

Results could different for everyone. I can only speak to myself: Sunday Scaries certainly isn’t a panacea to career insecurities; life is always going to dish it at you, it’s just on you to develop the tools to deal with it. For me, it definitely helps in balancing me out when things get a little too crazy in the daily career grind, so far away from friends and family. 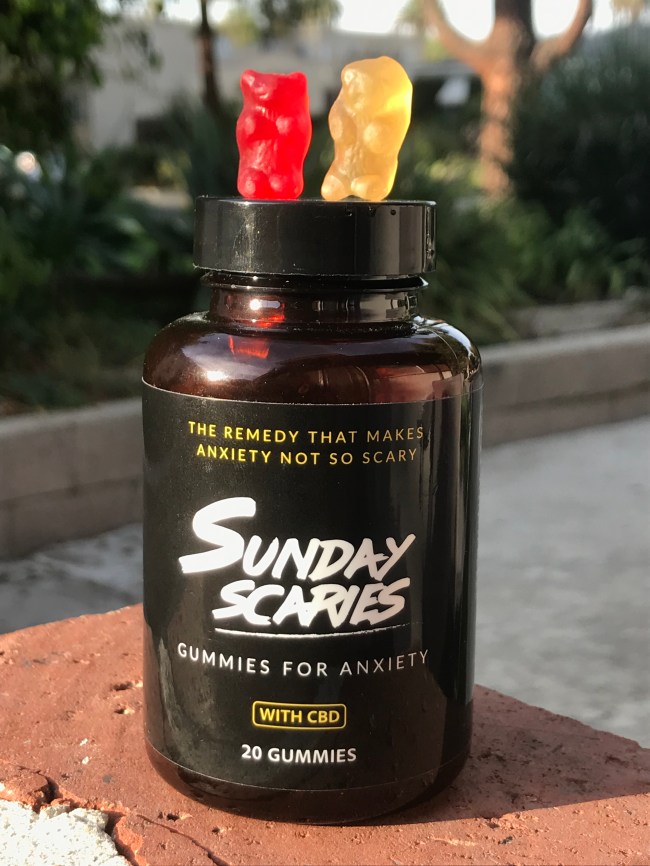