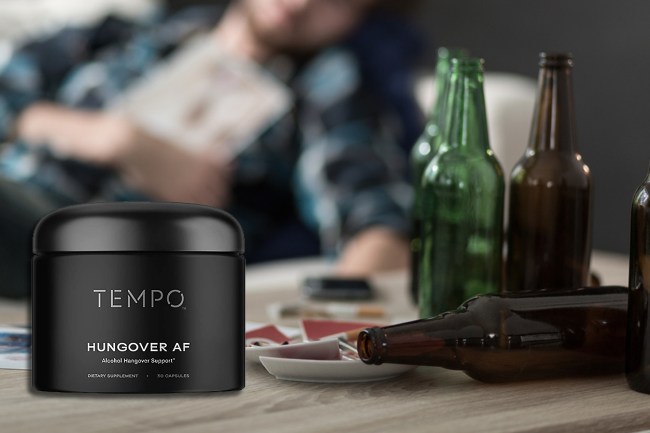 The first sip of beer I ever had was consumed shortly after I got dragged to an event organized by a local hospital that was nice enough to provide fathers with the opportunity to let a medical professional tell their sons about the “exciting” changes happening to their adolescent body instead of having to deal with that shit themselves.

I remember being pretty underwhelmed by this unspoken apology and couldn’t really fathom why society seemed to have such a hard-on for the beverage, as I had literally no desire to take a second swig after getting a taste. However, I eventually saw the light a few years later when I consumed four Natty Lights over the course of 20 minutes in a parking lot before a Dave Matthews Band concert and immediately understood the appeal.

However, I wouldn’t be introduced to one of alcohol’s noticeably less enjoyable side effects until my freshman year of college, when I woke up one morning and was greeted by the sight of a $12 plastic handle of paint varnish masquerading as vodka I didn’t remember finishing and an overwhelming sense of misery complemented by a truly indescribable pain that was concentrated in my head but had somehow manage to infiltrate every fiber of my being.

Hangovers are basically how your liver puts you in timeout to make you think long and hard about your decision to dump copious amounts of poison into your body. I assume they’re nature’s way of trying to teach us a lesson but that hasn’t stopped me from making the same mistake time and time again because I have the brain of a lab rat that just knows it’ll get some cheese at some point if it keeps pressing the button that’s done nothing but shock it in the past.

Kids usually have the luxury of knowing exactly how long they’ll have to sit in their room to reflect on their poor decisions but our bodies aren’t kind enough to provide us with a similar courtesy, which makes every hangover a new and exciting adventure because there’s no way of knowing when it’s going to end. Of course, when you get deep enough inside a pit of despair, you’ll go to great lengths to escape it regardless of how futile those efforts may be, which is how I eventually became Bruce Wayne in The Dark Knight Rises if you swapped his broken back with a borderline drinking problem.

There’s an overwhelming number of purported treatments out there that promise to at least ease your hangover symptoms if not cure them outright, and after conducting ample amounts of field research over the course of a decade, nothing came close to producing the desired results. I’ve tried to treat borderline alcohol poisoning by combating it with borderline water poisoning, chugging raw eggs, and even once snorted a line of powdered Gatorade on a particularly desperate morning to test a theory concerning the rapid metabolization of concentrated electrolytes that I quickly learned had no basis in scientific reality.

There was a brief period where I adopted the “hair of the dog” strategy with resounding success until realizing I was actually relying on the “functional alcoholism” approach to ward off the inevitable, which was around the same time a number of products started to pop up that were marketed as the long-awaited pill you could simply pop and watch the misery magically melt away. These cures all took a KFCesque approach that involves harnessing a secret blend of ingredients that has some scientific backing, but all of the ones I tried left me about as satisfied as someone who bought an elixir that didn’t do anything to fix their baldness or their hemorrhoids like the guy with the twirly mustache on the stagecoach that road into their mining town one afternoon promised it would.

As a result, I wasn’t expecting to be wowed by Tempo’s “Hungover AF” treatment after recently getting the chance to put it to the test, and after ripping the sixth shot of the $14 bottle of whiskey I turned to in order to evaluate its effectiveness, I preemptively placed an order for an unhealthy amount of McDonald’s breakfast in preparation for the rough morning on the horizon (eating three hash browns is another hangover cure that doesn’t actually work but still makes me feel a little better even though I inevitably end up hating myself later on in the day). 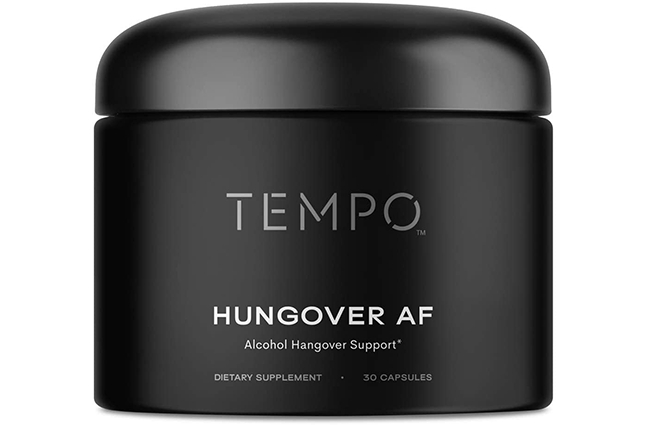 I woke up around an hour before my food was scheduled to arrive to discover the bottom-shelf booze had worked its black magic and dutifully popped one of the supplements in the faint hopes it might make even the tiniest of dents. I made the mistake of looking at the label containing the list of amino acids, vitamins, and natural extracts that made my head hurt even more than it already did. 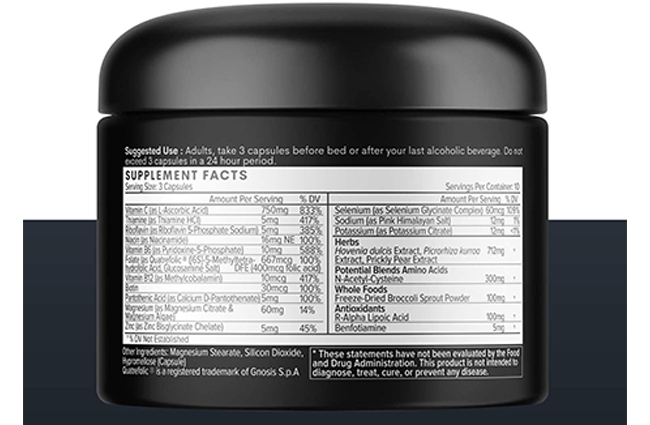 Around 20 minutes later, I began to grapple with an interesting sensation I initially couldn’t put my finger on before suddenly coming to the realization that I felt…better? My head had stopped pounding like I was at a nightclub in Ibiza without any of the fun parts and the unbearable sense of dread that usually cripples me in these scenarios had gradually begun to loosen its grip and continued to do so as the time went by. By the time my order was dropped off, I no longer felt the urge to consume a single McGriddle, nevermind the two I traditionally house in a futile effort to numb the pain.

I’ve tried Hungover AF a couple of times since then, and while it might not be the instantaneous cure-all I look forward to more than flying cars, hoverboards that actually hover, and every other invention people in the past predicted would exist by now, nothing else has come close to delivering the results I’ve been seeking for far too long.

In the end, the best way to cure a hangover is to drink in a responsible manner that prevents you from getting one in the first place. Sadly, I don’t see myself developing that kind of self-control any time soon, and if you’re in the same boat, I could not give Hungover AF a more ringing endorsement.