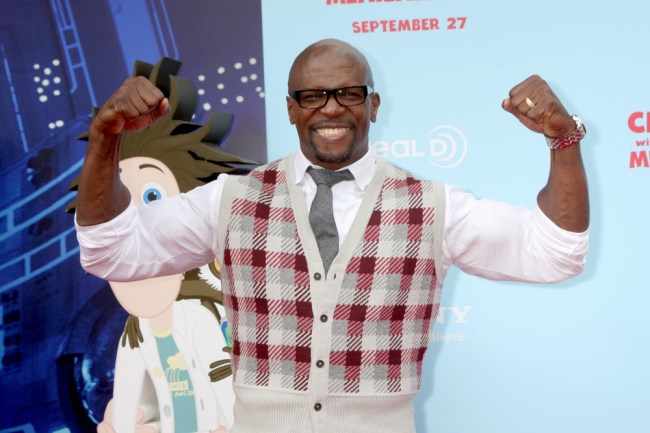 Terry Crews has become a Hollywood A-Lister over the past few years. A lot of that success can be traced to his over-the-top Old Spice commercials and his role as Terry Jeffords on Brooklyn Nine Nine as well as Julius Rock in Everybody Hates Chris.

Terry Crews has been an actor since 1999/2000 ever since he retired from the NFL after being drafted by the Los Angeles Rams in 1991 where he spent two years before becoming a journeyman and signing with the San Diego Chargers (1993), Rhein Fire (1995), Washington Redskins (1995), and finally as a practice squad member of the Philadelphia Eagles in 1995.

As you might suspect by now, Terry is a wealthy man. He has an estimated net worth of over $20 million (probably a lot higher) according to CelebrityNetWorth. That considerable wealth means that he can afford to own an office/condo in Los Angeles, the city he works in, and this man cave office is nicer than most people’s homes. It’s full of cool sports memorabilia as well as other things you might expect to find in a celebrity’s office-condo-man cave:

In case you haven’t noticed, I’m on an Architectural Digest kick right now. I only started stalking that YouTube channel a few weeks ago and I’m hooked. Yesterday, I brought you bros this video of DJ/Producer Zedd’s $16 million LA mansion so if you missed that be sure to check it out. Highlights include a Skittles machine and an entire room dedicated to custom sneakers.