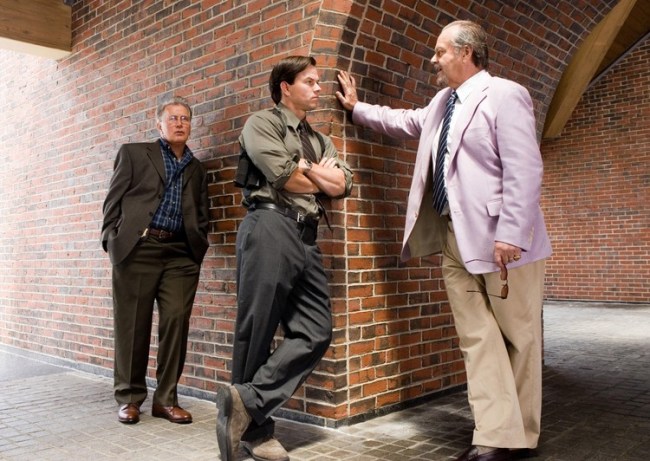 The Departed is a tremendous movie, a near flawless piece of cinematic storytelling… except for one stupid throwaway scene. Fans of the Boston mob flick have one tiny, but an extremely painful bone to pick with Martin Scorsese — that f’ing rat scene at the end of the movie. There is now a movement to delete the corny-ass rat scene from The Departed.

For some reason, Scorsese put the excruciatingly obvious symbolic rat in the very last scene of the The Departed. The rat at the end of The Departed is as subtle as a jackhammer to the face. Now a Departed superfan wants to improve the film by getting rid of that rat.

The Departed is Scorsese’s most financially successful movie and it made nearly $300 million in the worldwide box office. But there’s that damn rat. Adam Sacks has pitched the idea of digitally removing the rat from the 2006 film starring Jack Nicholson, Leonardo DiCaprio, Matt Damon, Mark Wahlberg, and Martin Sheen. Sacks is so serious about killing that rat that he started a Kickstarter campaign to correct the ending.

Sack’s Kickstarter is titled “Digitally Erase the Rat From the End of The Departed.”

“It’s always bothered me that a movie as good as The Departed has such a cheesy ending, and I recently realized it could be fixed by digitally erasing the rat from the last shot,” Sacks wrote. “But digital effects are not cheap, which is why I’m here on Kickstarter trying to raise $4,000 dollars. $4,000 dollars may sound like a lot of money, so let me break down the costs for each of the nine steps in this process.”

Erasing the rat from the end of The Departed is a simple 9 step process. pic.twitter.com/hN0aCjxtSO

Due to the nebulous legality of this Kickstarter project, if you want to receive a the Blu-ray copy of the rat-less version of The Departed, there are a few hoops we will have to jump through. pic.twitter.com/eovln8z2lC

The Kickstarter exceeded their goal of 4,000 and at the time of publication, the campaign had raised $4,152. Now The Departed could be rightfully corrected and rid of this in-your-face metaphor frolicking on the outside railing.